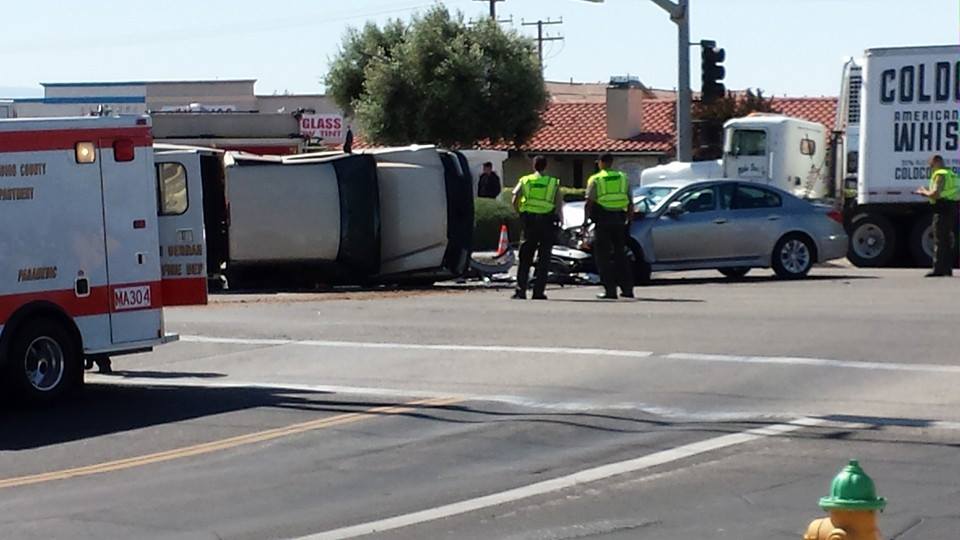 HESPERIA: A two vehicle traffic collision with injuries was reported at the intersection of Bear Valley road and Fifth Avenue on Saturday morning just after 9:30 a.m.

For unknown reasons a gray colored 4-door sedan and a pick up truck collided in the intersection. The impact caused the pick up truck to flip onto its side.

Witnesses reported an elderly man was taken away on a stretcher via ground ambulance to a local hospital. At this time his injuries are unknown.

A tow truck has arrived to the scene and the roadway is expected to be cleared shortly. The exact cause of the collision is currently under investigation.

To follow this post and other late-breaking news in real-time be sure to join “VVNG” with over 36,000 members www.facebook.com/groups/victorvalleynews