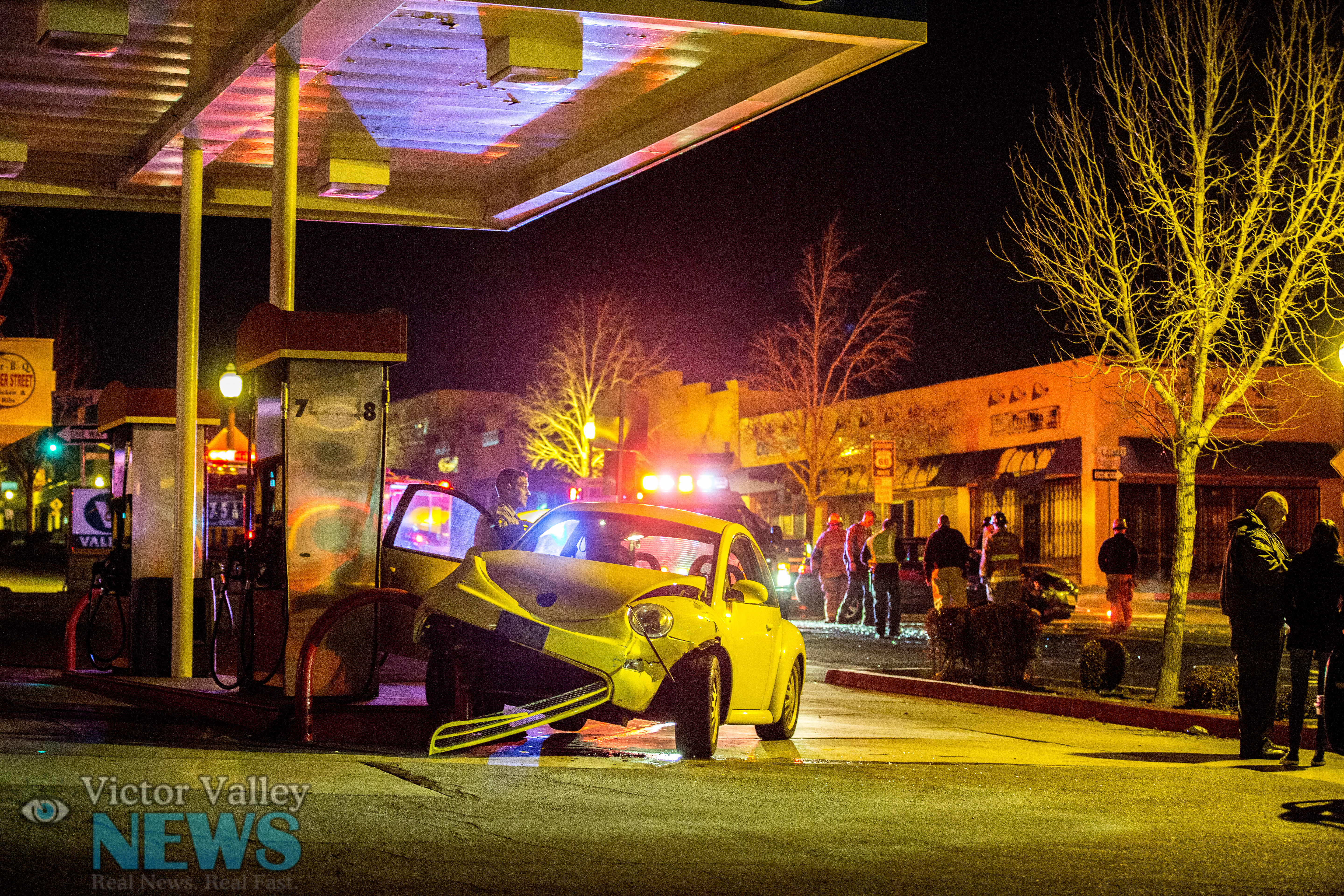 VICTORVILLE-(VVNG.com): No injuries were reported as a result of a two-vehicle traffic collision on Monday night. At about 10:10 p.m. deputies from the Victorville Station were dispatched to the report of a traffic collision with one vehicle into the Valero Gas station pump on 7th Street near C Street.

The two vehicles involved in the crash were a Volkswagen Beetle driven by a 19-year-old woman and a Toyota Camry driven by a 40-year-old woman. After colliding,  the Toyota remained in the southbound lanes of 7th Street and the Volkswagen stopped after coming in contact with equipment at the gas station.

San Bernardino County Sheriff’s Department Spokeswoman, Mara Rodriguez told Victor Valley News that it does not appear that alcohol was a factor and no injuries were reported as a result of the collision.

Both vehicles were towed from the scene. The cause of the collision is currently under investigation at this time. Information will be updated as it is received.