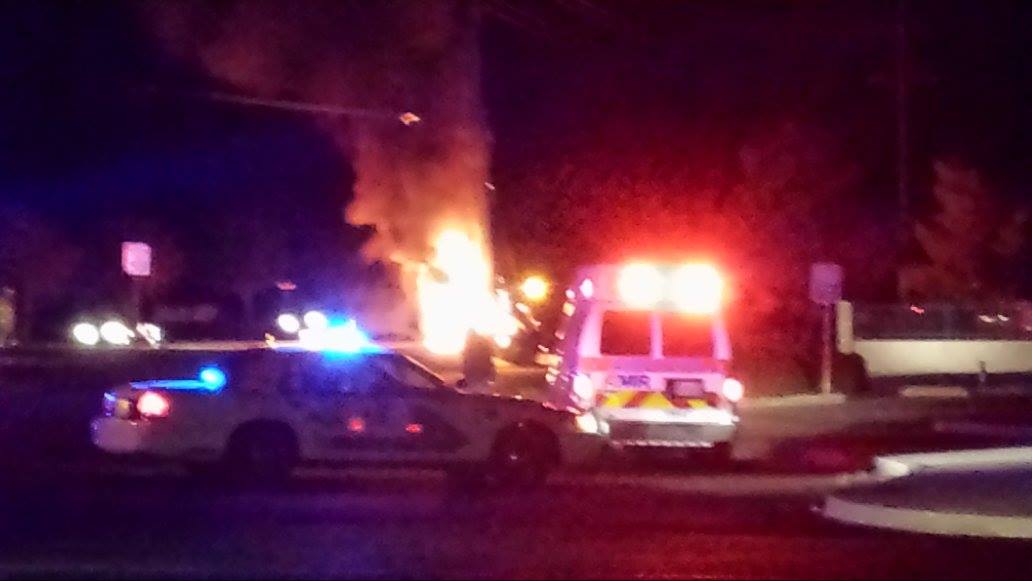 [googlemap src=”” align=”alignright” ]APPLE VALLEY: A vehicle reportedly traveling at a high rate of speed for unknown reasons  struck a utility pole and quickly erupted into flames.  The collision occurred near the intersection of Bear Valley road & Kiowa road just before 1 am. early Monday morning.

Per scanner traffic, live power lines are down in the roadway and for officer safety they are unable to approach the vehicle.

Witnesses near the scene described seeing a person hanging out of the driver side window and appeared to be unresponsive. The condition of a second occupant is currently unknown.  Unconfirmed reports state at least one person was pronounced D.O.A. (dead on arrival).

The collision has caused a power outage and at least 1,900 customers are without power. Southern California Edison has been requested with an ETA of 45 minutes.  Several traffic signal lights are out prompting partial road closures and shopping centers are reported to be pitch black.

The exact cause of the accident is unknown at this time and more details will be posted as they become available.

Winco Evacuated Due to a Bomb Threat