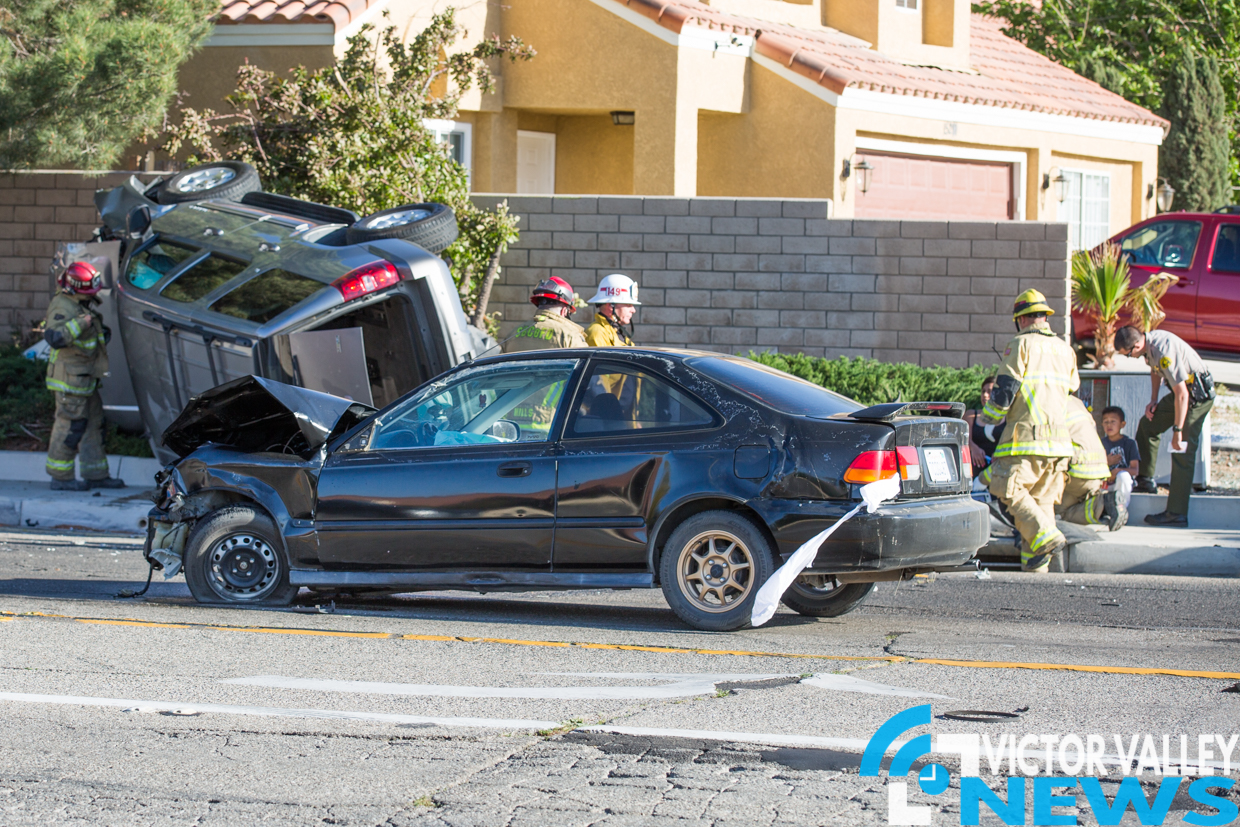 The accident involved an older Honda and a Chevy Tahoe and was reported just after 5:00 p.m. on Mojave Drive and Jeraldo Drive.

The impact caused the Tahoe to roll on its side.

According to Deputy Jeff Dean, the Honda Civic was attempting to make a left turn on Jeraldo Drive from the westbound Mojave and entered into the path of the eastbound Chevy Tahoe.

One adult and two children from the Chevy Tahoe were transported to the hospital for minor injuries.

The driver of the Honda was also transported for injuries sustained in the accident.

As of 5:40 p.m. a tow truck was on scene to remove the vehicles from the roadway. 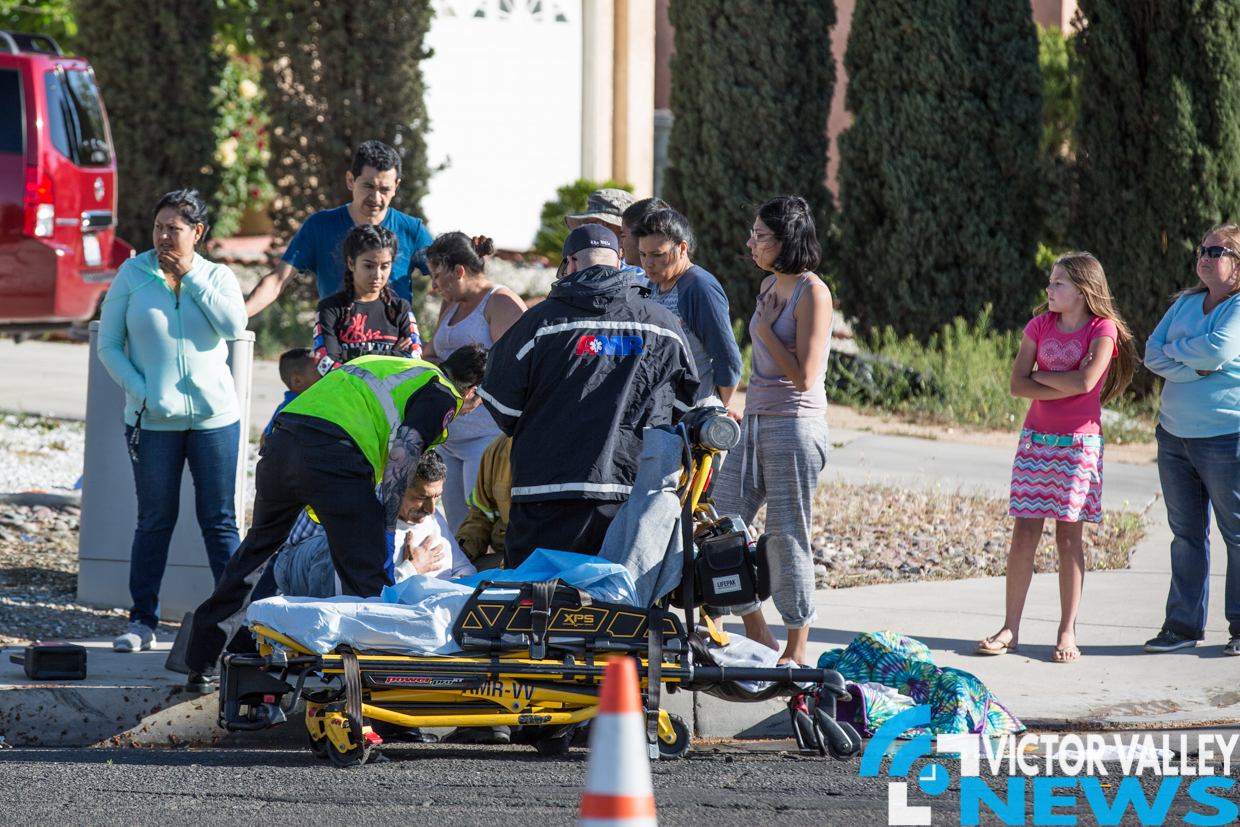