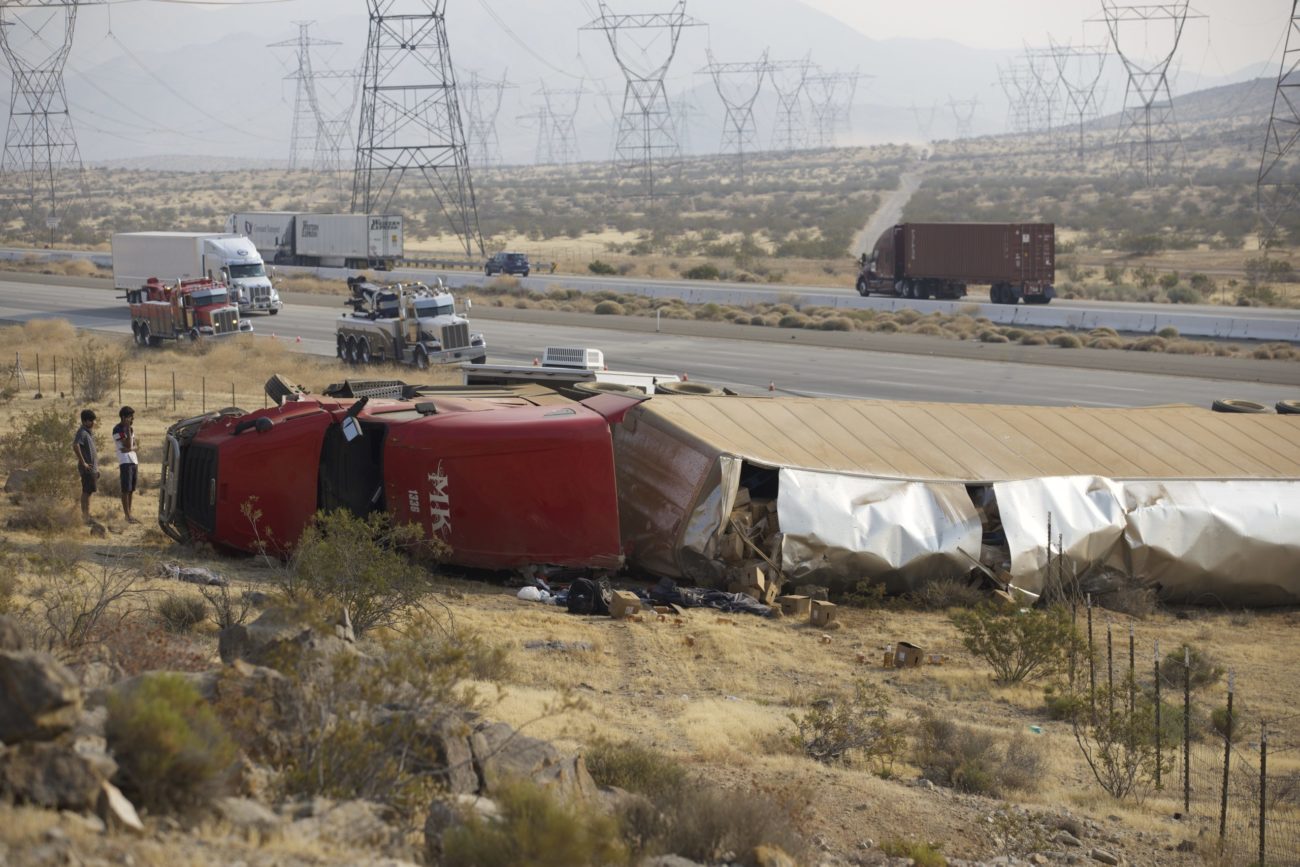 APPLE VALLEY, Calif. (VVNG.com) — No injuries were reported after a tractor-trailer overturned along the southbound I-15 freeway Thursday morning.

It happened at about 5:45 AM on August 20th just north of Dale Evans Parkway.

California Highway Patrol officer Mike Mumford told VVNG a sedan was parked on the shoulder but partially blocking the traffic lane on I-15.

According to Mumford the semi was unable to avoid a collision and collided with the sedan that was partially blocking. The collision caused the semi to overturn and come to rest on the dirt shoulder.

Mumford said the semi was hauling Listerine mouthwash and no injuries were sustained as a result of the collision.

Related Topics:15 freewayaccidentCHPsemitractor-trailer
Up Next