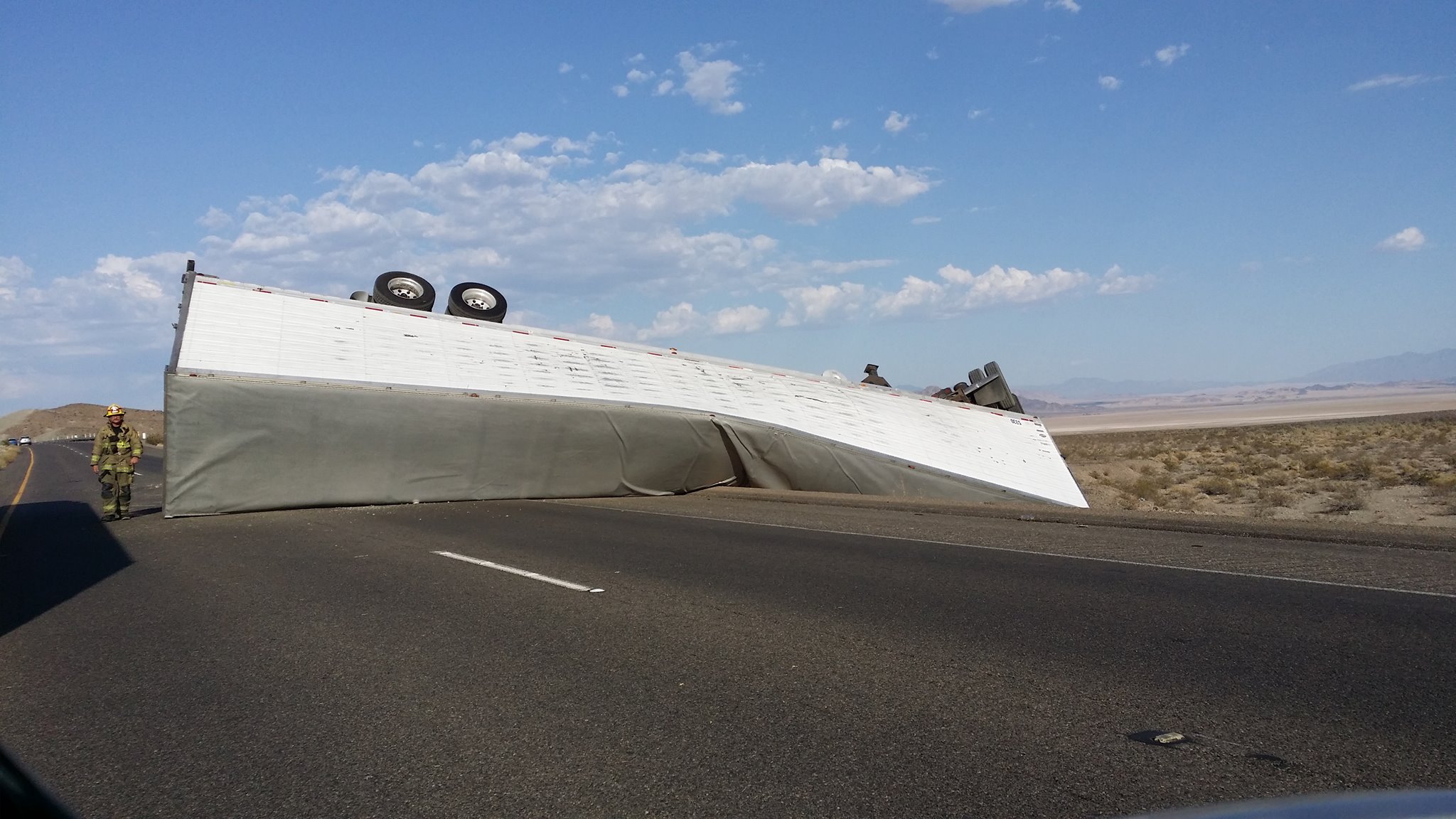 BAKER, Calif – An overturned tractor-trailer has prompted a Sig Alert on the northbound 15 freeway near the Zzyzx Road offramp.

According to the California Highway Patrol incident logs, the semi truck had a blow out causing it to overturn and land on its roof. When units arrived on scene the trailer was blocking all lanes of traffic.

The driver of the semi was able to crawl out to safety and no injuries have been reported.

A white Chevy pickup truck was also involved in the collision