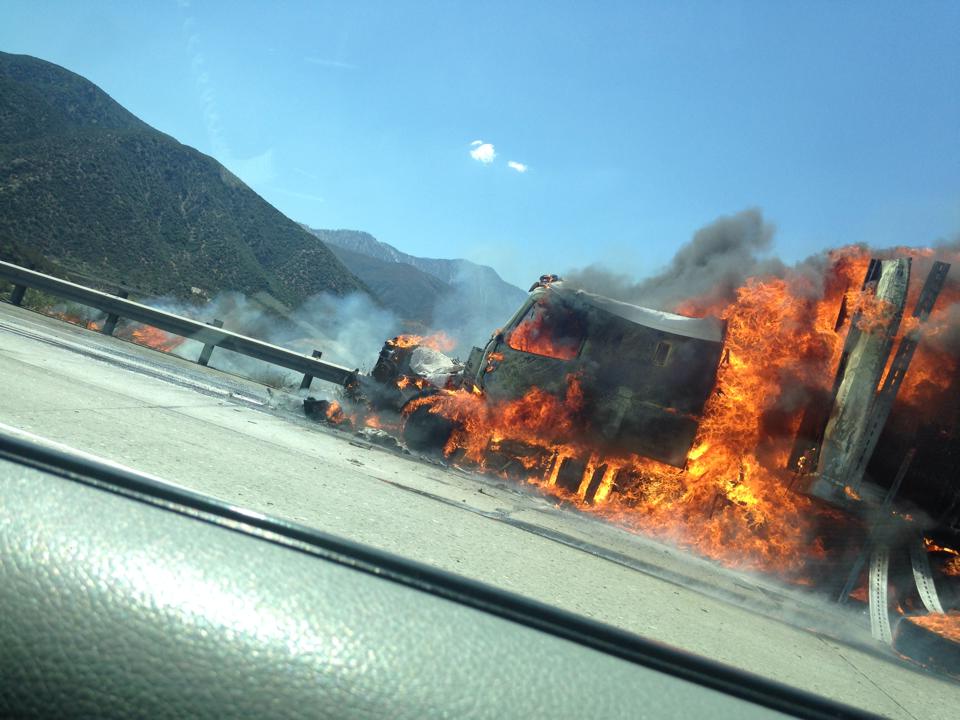 CAJON PASS:(VVNG.com)- At 1:06 p.m., on Friday a tractor-trailer fire was reported on the southbound 15 freeway just south of state route 138 near the scales, according to CHP incident logs. The semi described as a dark blue tractor-trailer with an enclosed white trailer pulled over on the right hand shoulder of the freeway while flames were coming from under the vehicle on the passenger side.

Witnesses reported that they seen that the drive get out of the truck prior to it being fully engulfed. “He jumped out seen it before it went up, flames was coming from passenger area,” said Sara Harper on a Victor Valley News post. A Sig-alert was reported southbound as of 1:28 p.m., commuters on the freeway have reported heavy traffic on the northbound and southbound due to this incident. As of 1:52 p.m., the semi fire was no longer burning.

At this time the exact cause of the fire is unknown. No further information is available at this time, information will be updated as it is received. 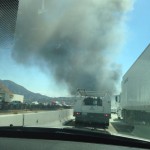 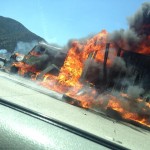 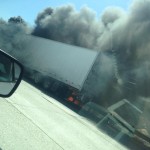 Arrest of Victorville Man for Drug and Weapon Charges

Rubidoux Woman Charged with Break in and Fatal Stabbing