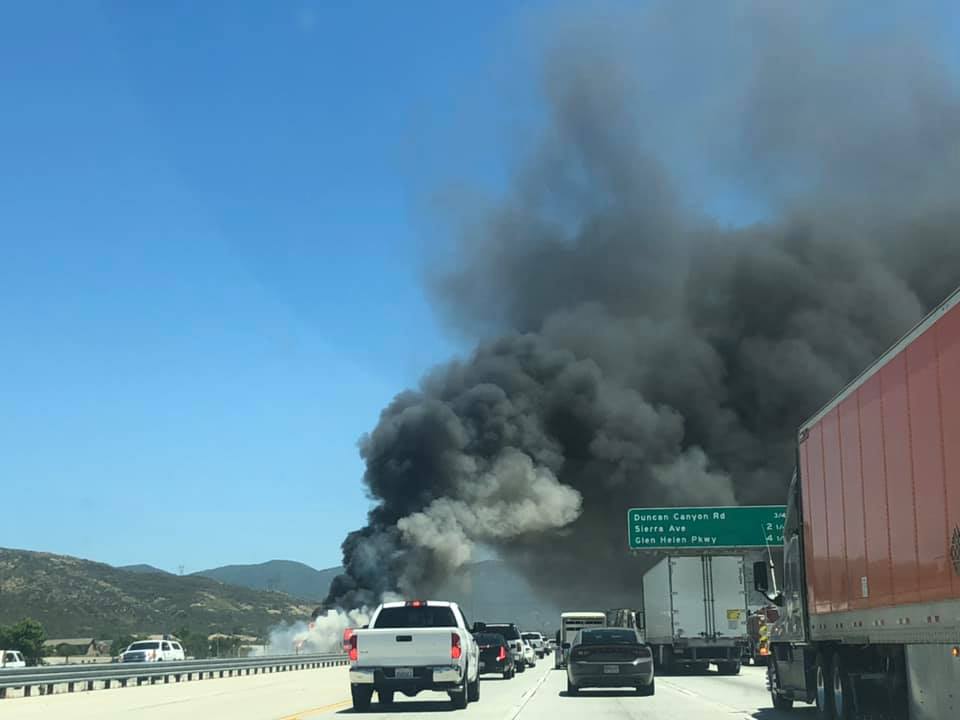 FONTANA, Calif. (VVNG.com) — Two lanes of the southbound I-15 were closed after a tractor-trailer caught fire and spread to nearby brush on Wednesday afternoon.

Firefighters responded to the incident and found large flames in the trailer of a Hirschbach Motor Lines semi with the cab still attached.

San Bernardino County Firefighters reported the semi fire extended into approximately 1/8 acre of vegetation, according to a tweet. Additionally, County Fire reported the forward rate of spread had been mitigated as of 12:21 PM.

According to CHP incident logs, the incident was blocking the no. 4 and 5 lanes and prompted an extended SigAlert to allow for clean-up and full containment of the fire.

Motorists traveling through the area should expect some delays. The official cause of the fire is under investigation.

1 airlifted, several others injured in crash on Highway 138