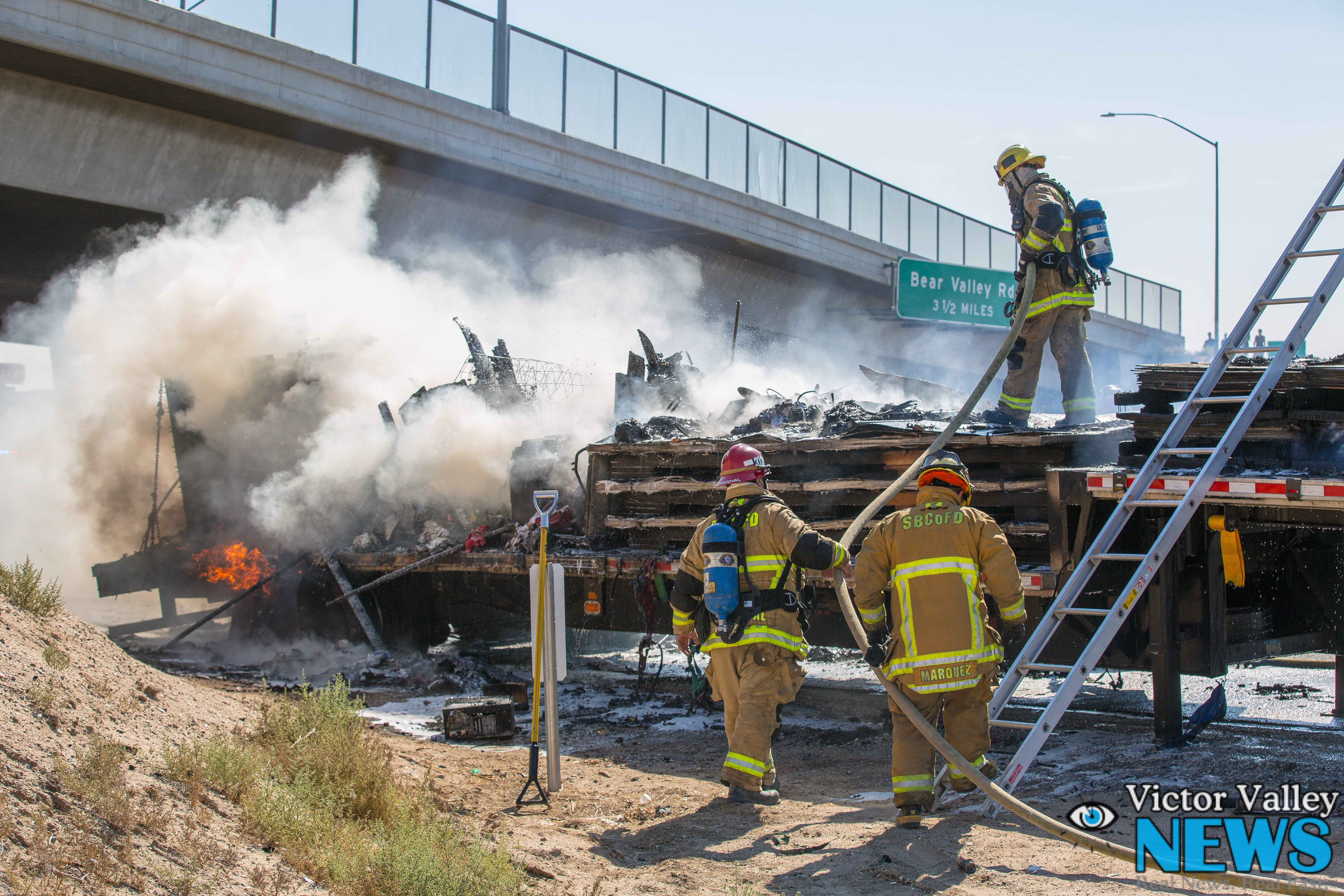 HESPERIA:(VVNG.com)- Traffic on the southbound 15 freeway was snarled on Wednesday morning due to a tractor-trailer fire.

The fire was reported at about 8:47 a.m. under the Main Street overpass. Thick smoke could be seen billowing into the sky for several miles.

The driver managed to unhook the trailer from the semi keeping the fire from spreading. When San Bernardino County firefighters arrived the flatbed trailer was fully engulfed.

The driver, Rustam with US Express Logistics LLC. told a Victor Valley News reporter he was traveling from Cincinnati, Ohio and to Ontario when he noticed smoke coming from the trailer. The driver was not injured.

Per CHP incident logs, a traffic break was held at Bear Valley Road. As of 10:04 a.m. all lanes have reopened.

No visible damage could be seen on the Main Street overpass.

Two Women Raped by Man They Met on “Plenty of Fish”