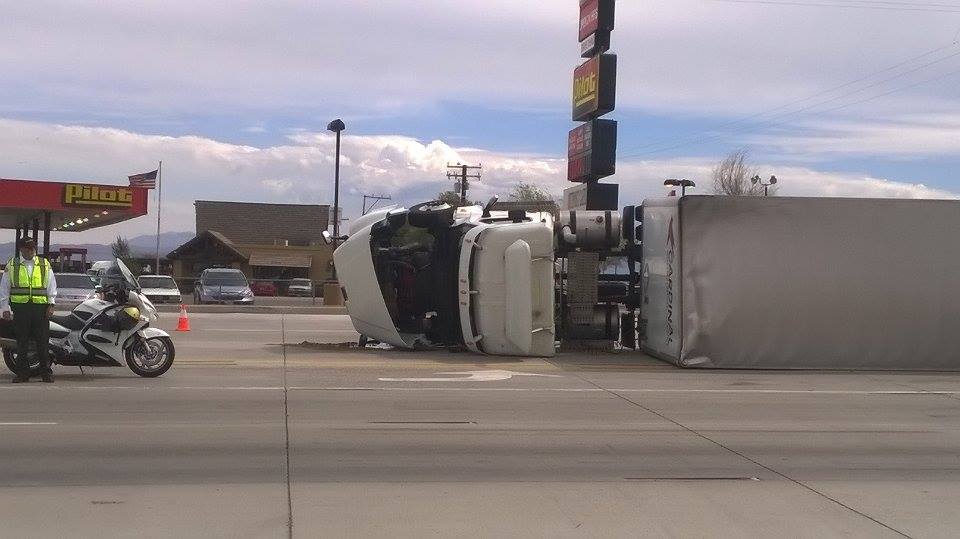 (VVNG.com)- According to officials, a tractor-trailer was attempting to make a right hand turn from Joshua Street onto Highway 395. The driver turned the corner to fast causing the trailer to overturn.

The semi belonging to Cardinal Logistics was loaded with 45,000 lbs. of dog food. As the semi was turning the weight of the load shifted causing the trailer to overturn in the #1 northbound lane and the southbound left turn lane at Joshua.

The driver of the truck was not injured and no other vehicles were involved in the accident.