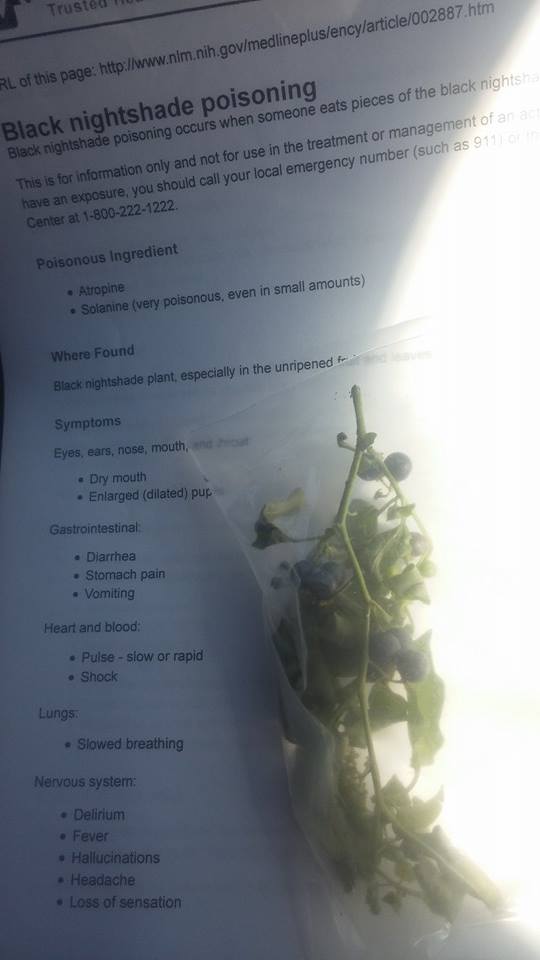 VICTORVILLE :(VVNG.com)- On October 2nd a Victor Valley News member warned members that her daughter was sent to the school office at Parkview Elementary school after eating what she had believed were grapes. The young female child was given the berry-like plant by a friend telling her they were grapes. When school officials were made aware of this, they called the mother of the child to make her aware of the incident so that the mother could seek proper treatment.

The child was quickly taken to a local emergency room and has since been released without any signs of poisoning. Nightshade is highly toxic, mostly in their foliage, which can be deadly depending on the amount ingested and the health of the person that ingested it.

Parkview Elementary school handled the incident quickly, giving the mother of the child a baggie with the berries and papers describing the black Nightshade plant and it’s toxicity. Several parents questioned why a school would even have this type of plant on elementary school grounds. The school upon being aware of the presence of a toxic plant on campus quickly removed  all such bushes to prevent any future incidences.