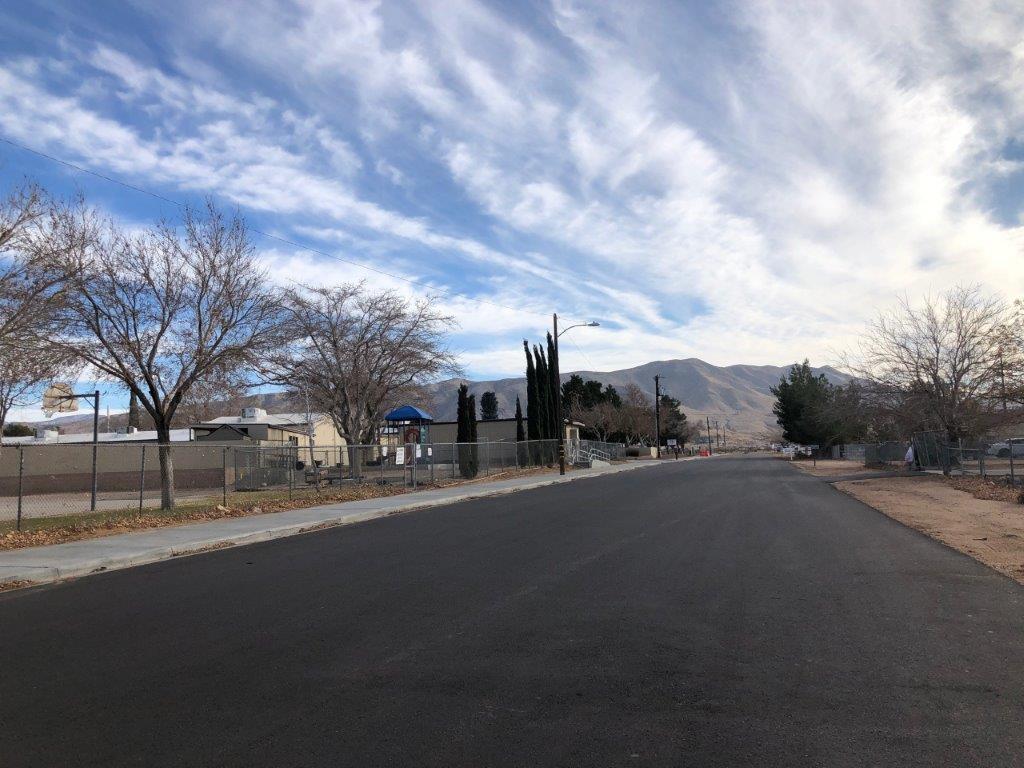 Funded by a $3.4 million grant from the California Department of Transportation, Senate Bill1 Gas taxes were used to add curb, gutter, and sidewalk to portions of Manhasset and Sandia roads and reconstruct roughly two miles of the Class 1 bike path along portions of Navajo, and Tussing Ranch roads to Mendel Park.

An additional project at Rio Vista added curb, gutter, sidewalks, ADA ramps, and high-visibility cross walks providing a separated pathway where none previously existed.  Also, a 10’ wide multi-use path was constructed on the south side of Cronese Lane which may serve as an alternate drop off location for parents.  The project was funded, in part, by a Transportation Development Act (TDA) grant provided by the San Bernardino County Transportation Authority (SBCTA).

“Timing was a key factor in these projects,” explained Town Engineer Brad Miller. “Because of current events, the contractors utilized this time as many students were distance learning and completed the work without disrupting student pick-up and drop-off procedures.”

The completed improvements were identified as priorities in the Town’s Safe Routes to Schools Master Plan that was adopted by the Town Council in 2017.  The study, conducted by KOA Corporation, included on-site walking tours, parent surveys, and an interactive tool that used geographic information systems to identify concerns. In addition to Mariana, Sandia, and Rio Vista schools, the master plan recommended enhancements at seven other schools in the Apple Valley Unified School District.

“About 65% of the school children in Apple Valley live within one mile of their school. Prior to construction, most students were driven in cars,” said Town Project Administrator Rich Berger. “The goal of the project was to increase the number of children who walk or bike to school when in-person learning resumes.  We will continue to look for new projects outlined in the Master Plan to improve other schools when these types of funding opportunities arise.”

As partners in the Master Plan, AVUSD worked with the Town’s design engineers to design a new parking area at Mariana Academy that improves traffic flow; and additional complementary developments are in the planning phase.  While the Town’s improvements were under construction, the School District took the opportunity to improve parking and circulation at Sycamore Rocks Elementary which was also a part of the Master Plan.

2 people arrested for maintaining a drug house in Apple Valley