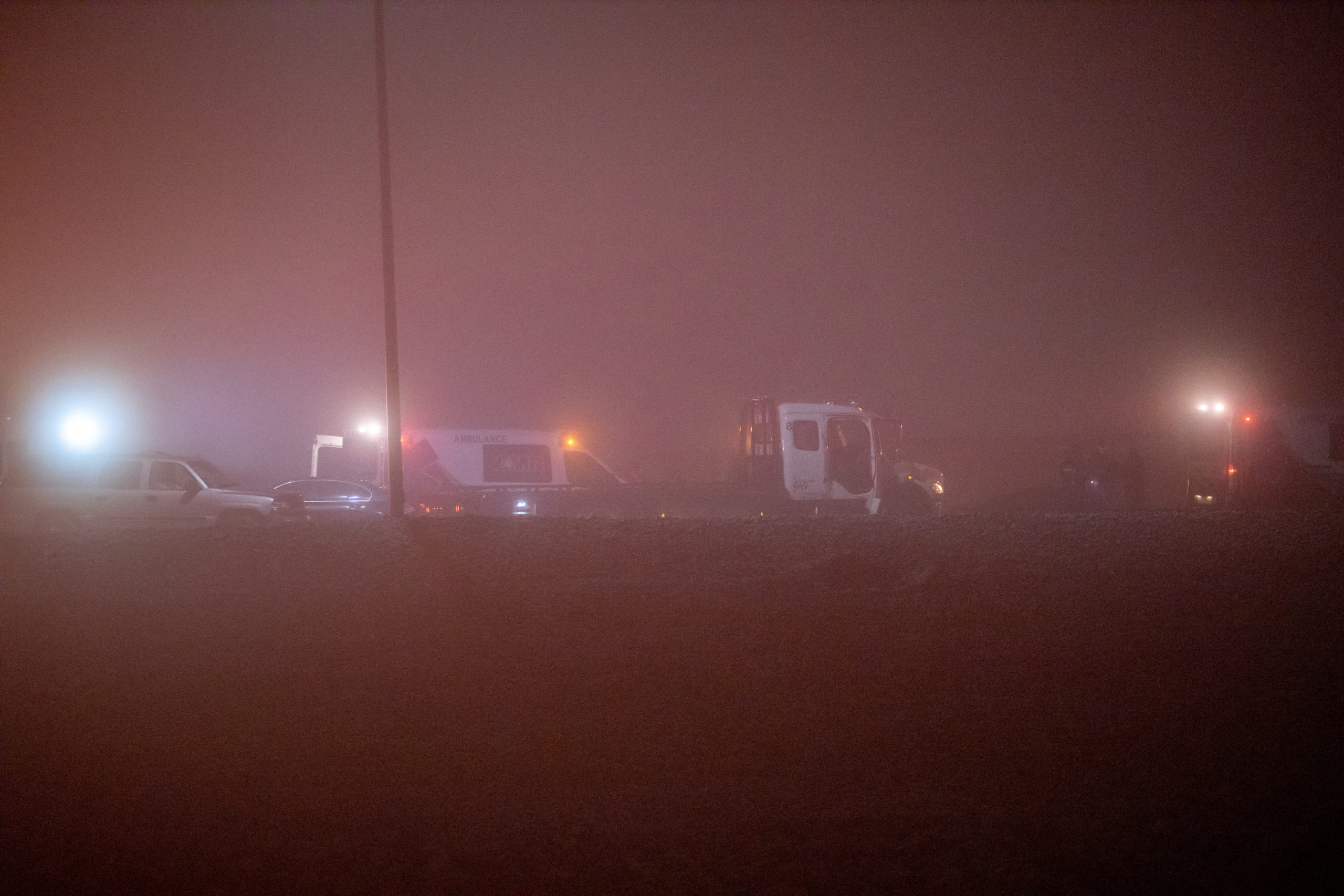 VICTORVILLE, Calif. (VVNG.com) — A tow truck driver helping a motorist that struck black ice on the I-15 freeway was struck by another vehicle early Friday morning.

According to the California Highway Patrol incident logs, a two-vehicle crash was reported at 4:48 am on the northbound I-15 freeway at the E Street offramp in Victorville. The vehicles were reported as blocking the roadway.

The E Street offramp was iced over with vehicles sliding and Caltrans was requested to respond and cinder the roadway, per the logs.

An Air Expressway tow truck was dispatched to the call and as the driver was preparing to move the vehicle, a second vehicle lost control and struck the tow truck driver.

The driver of the tow truck was transported by ground ambulance to an out of area trauma center. A second ambulance was requested for one of the other drivers who had a complaint of pain.

CHP temporarily halted southbound traffic as they investigated the crash and cleared the roadway.

An update on the condition of the tow truck driver was not immediately available. Additional information will be updated when it becomes available.