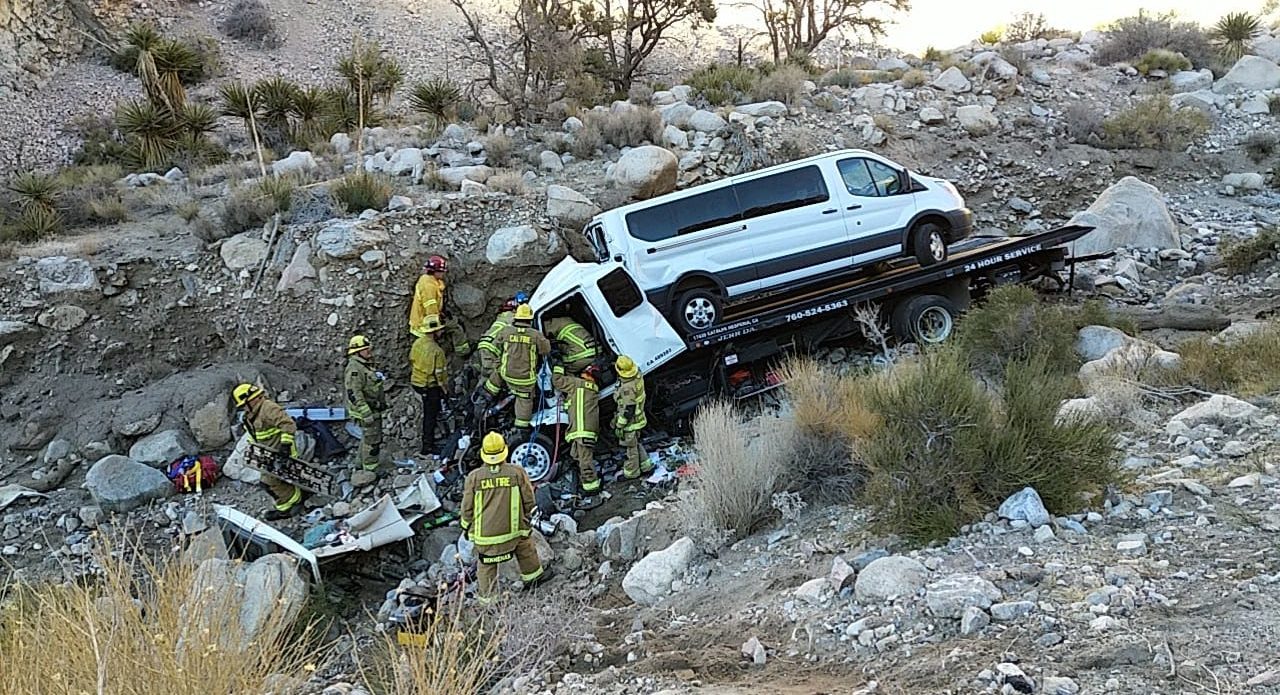 LUCERNE VALLEY, Calif. (VVNG.com) — Two people were critically injured and several others hurt after a tow truck they were traveling in lost control and crashed 60 feet down an embankment Sunday afternoon.

According to California Highway Patrol incident logs, a “Blue Sky Towing” flatbed truck out of Hesperia, CA was hauling a white full-size van when it left the roadway and crashed 60 feet down an embankment.

Victor Valley News Group member Troy Seagondollar witnessed the crash and said the tow truck was coming down the hill and he could see the truck’s brakes were smoking.

“I was behind him and knew he was in trouble when the truck accelerated. He couldn’t make 20mph sharp turn at the bottom and flew into the ditch. The van on the flatbed came forward and crushed the cab,” stated Seagondollar.

The helicopters landed near the scene at the cement plant and airlifted two people to out of area trauma centers. Two juveniles patients with less serious injuries were also transported to local hospitals.

The official cause of the crash is currently under investigation by the California Highway Patrol.