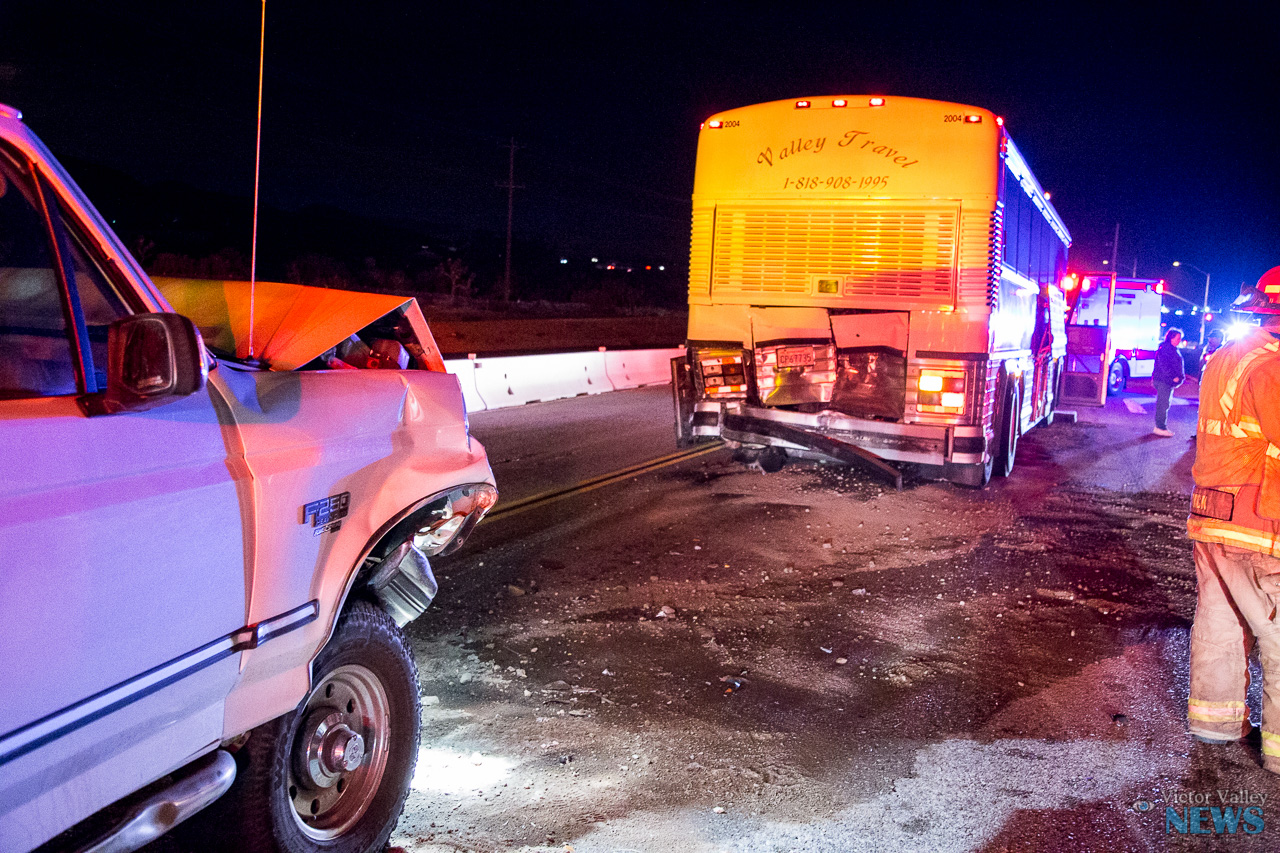 The Ford F250 had major front end damage and a broken windshield after it slammed into the tour bus. (Gabriel D. Espinoza, Victor Valley News)

The accident occurred on Wednesday January 27th, around 5:29 P.M. Several ambulances were dispatched and transported as many as a dozen patients to various hospitals.

The bus was carrying elderly adults who were heading back to the Palmdale/Lancaster area after taking an all day trip to the San Manuel Indian Bingo and Casino in Highland, California.

“I was half asleep, and suddenly there was an impact like a bomb went off…nobody knew what was going on… it started smelling like diesel fuel,” stated Girard Cohen, a passenger on the bus, “everybody got jerked forward and complained about back and neck injuries.”

A school bus was later used to transport the remaining passengers to an area where they were to be picked up by another “Valley Travel” bus. The driver of the rear ended Valley Travel bus did not sustain injuries.

The driver of the white truck remained on scene and declined medical transportation, but appeared to sustain minor head abrasions.

As of 8:45P.M. Highway 138 remained closed from Phelan Road to Beekley Road.

An elderly couple were shaken-up after the bus they were traveling in was rear ended. (Gabriel D. Espinoza, Victor Valley News)

A passenger on the bus can be seen holding her head in the back of an ambulance following the accident. (Gabriel D. Espinoza, Victor Valley News)