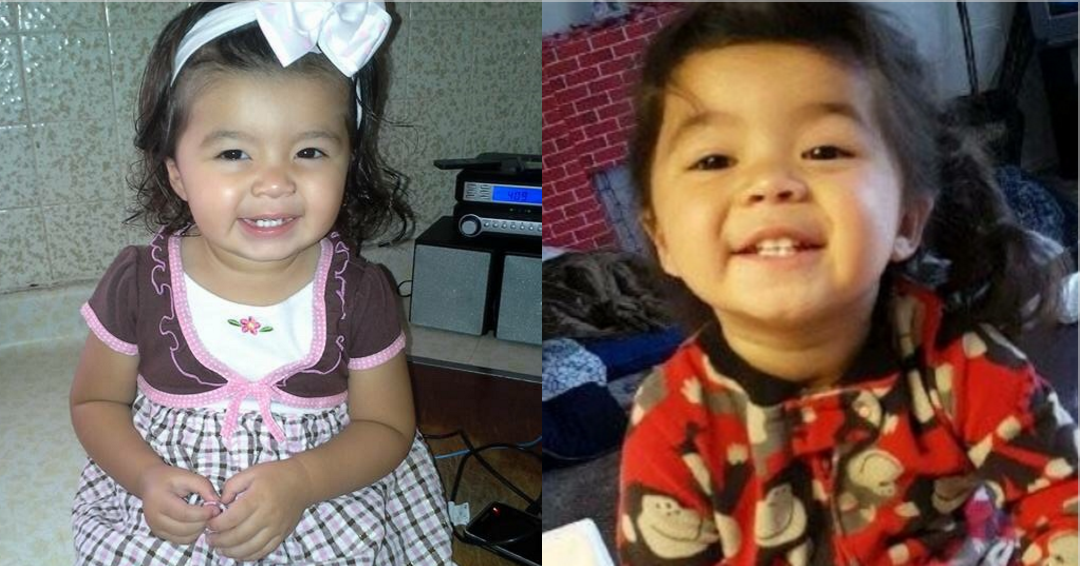 HESPERIA-(VVNG.com):  The San Bernardino County Sheriff-Coroner’s Department released the name of the 2-year-old girl who lost her life as a result of the Saturday, April 2, 2016, traffic collision.

Late Saturday morning at around 11:15 a.m. a toddler, now identified as Aaliyah “Leelee” Zuniga was in white four-door Nissan Maxima with her father (the driver) and her three siblings, ages 8, 5 and 6 months old.

The vehicle was driving south on Arrowhead  Lake Road and passed a slower moving vehicle in the opposing lane. For unknown reasons, the vehicle lost control, leaving the roadway and overturning.

Aaliyah was ejected from the vehicle and was administered CPR at the scene. She was airlifted to Loma Linda Medical Center where she was pronounced dead at 12:05 p.m.

The driver left the scene of the collision on foot temporarily but returned carrying only the 6-month-old baby. All parties suffered minor injuries, the driver was treated at the scene for minor facial lacerations and was arrested on suspicion of felony DUI and Child Endangerment.

The family of baby Aaliyah is heartbroken and are asking for any help with the unexpected burial expenses that they are now facing. In the Go Fund Me Account that the family has set up on behalf of Aaliyah’s mother they described the toddler as a fun-loving little princess that was full of energy.