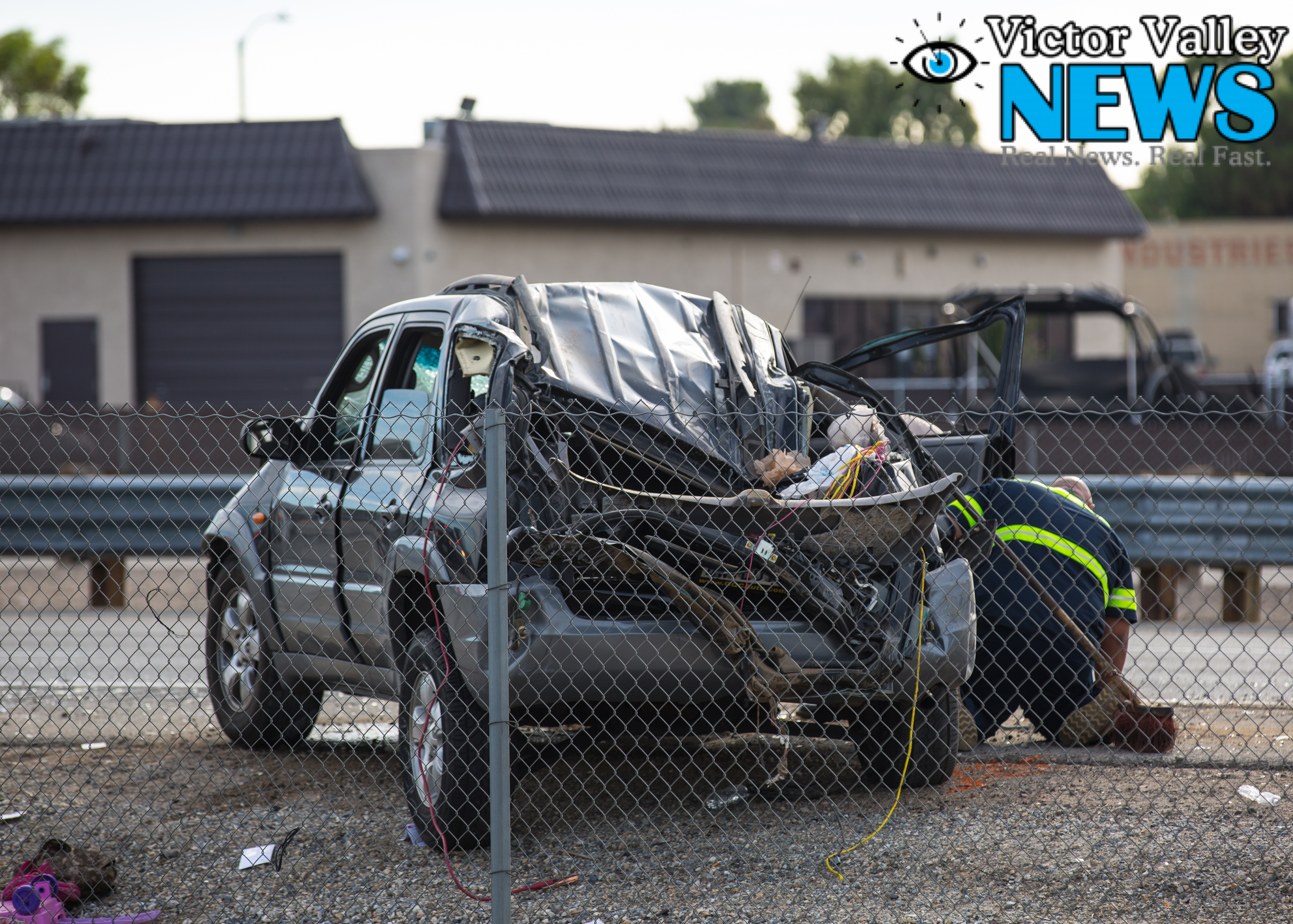 VICTORVILLE:(VVNG.com)- On Friday, July 31, 2015 at 5:17 P.M., dispatch started receiving multiple reports of a rollover collision on the northbound 15 freeway south of Palmdale Road.

Upon arrival, authorities located a dark-colored Mazda SUV on its wheels on the right shoulder of the freeway.

Victor Valley News Group member, “Joseph N Linda Perez”, were one of the first on scene and rushed over to the vehicle to check on the occupants. According to Joseph and Linda, the vehicle was occupied by a husband, wife, and a baby.

According to Perez, the mother of the baby managed to pull the baby girl from the back passenger side. Where majority of the roof was crushed in. “The baby was unconscious, bloody, and with wounds to her right arm. She (the baby) then became conscious and started to cry,” stated Perez.

An air-ambulance was requested to transport the critically injured baby to Loma Linda University Children’s Hospital. The father was transported by ground ambulance with unknown injuries, the mother had scrapes and bruises but was not seriously injured.

Caltrans responded to replace 100 feet of chain link fence that was damaged during the single vehicle rollover. Northbound traffic was backed up for several miles due to the accident. 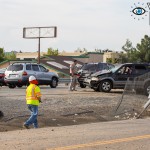 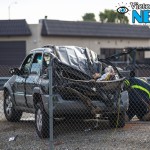 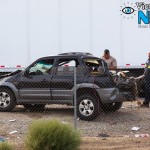