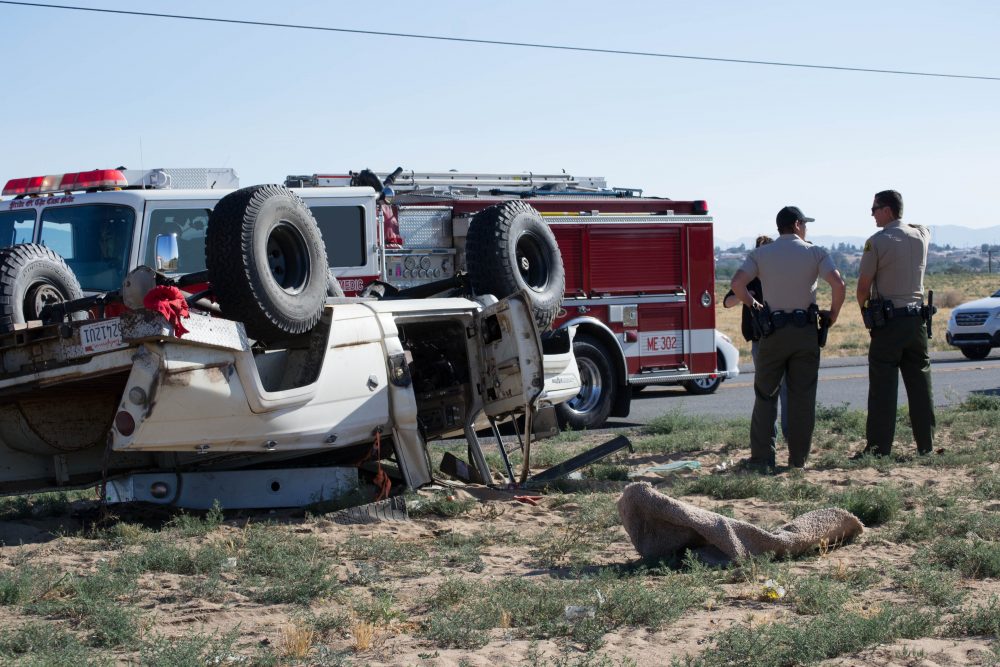 HESPERIA:(VVNG.com)- Two men in a truck were heading east on Rock Springs Road just past Glendale Avenue when the driver suddenly lost control.

The rollover crash was reported at approximately 4 p.m. on Monday, May 9, 2016. According to authorities, the front driver side tire on the Jeep Gladiator had blown out.

Witnesses report that they could see smoke coming from the tire before it blew and caused the work truck to lose control. The truck veered to the left, hit the shoulder and rolled once to land in the dirt lot on the side of Rock Springs Road. Roadways were not blocked; however, traffic on Rock Springs Road was slowed as a result.

The driver suffered superficial cuts and reported pain in his head and back while the passenger suffered a broken leg. According to authorities, both men were “in good spirits.” They were transported by ambulance to local hospitals for further treatment and are expected to recover.

The cause of the tire blowout is unclear as there are many factors that could lead up to such an event.

[box type=”note” align=”aligncenter” class=”” width=””]”Always inspect your tires before a long trip. The more often these inspections are performed, the easier it will be to find a small problem, such as a nail in your tire, and fix it before it becomes a more expensive and time-consuming issue”. (source: AAA)[/box] 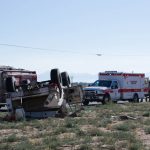 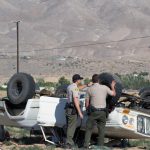