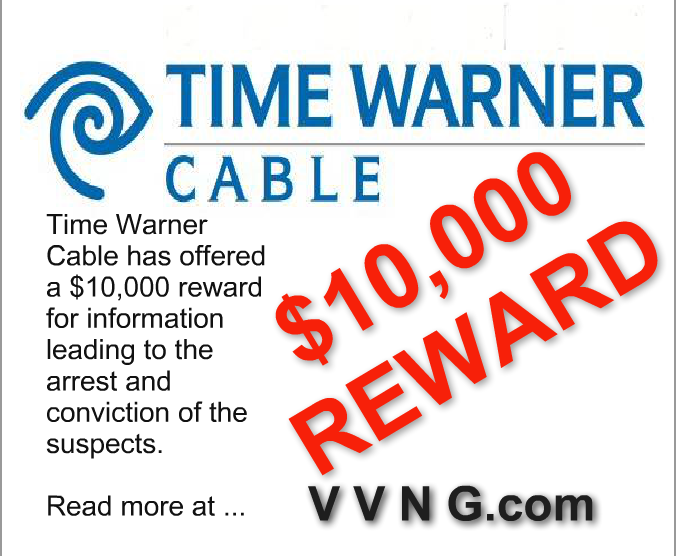 For the past several months, cities in the Inland Empire have experienced an increase in thefts of cable amplifiers and/or batteries belonging to local cable companies.

Time Warner Cable has reported thefts of over $500,000 in equipment since July of 2013. Other cable companies, such as Cox and Charter, are experiencing similar thefts.

The suspects have recently targeted the Chino Hills are primarily in residential neighborhoods within a one mile radius of State Route 71 and south of Chino Hills Parkway.

The suspects remove the aluminum cable amplifiers from inside the boxes that are located in residential yards near the street. The suspects steal 5 to 20 amplifiers during each incident, which results in a loss of cable service for about 300 customers per amplifier.

In addition, many customers lose their 911 calling ability during the outage, which poses a safety risk.

Some suspects have been observed wearing clothing that resembles a uniform and driving a pickup truck with an emblem, giving them the appearance of actual service persons.

Chino Hills Police Department and Time Warner Cable are asking for the community’s help in locating and apprehending these suspects. Time Warner Cable has offered a $10,000 reward for information leading to the arrest and conviction of the suspects.

Citizens are urged to call 911 if they see suspicious persons or vehicles near their property or cable boxes. We are also seeking surveillance video from any residential security systems that might have captured past crimes.

Anyone with information is urged to contact the Chino Hills Police Department at (909) 364-2000.