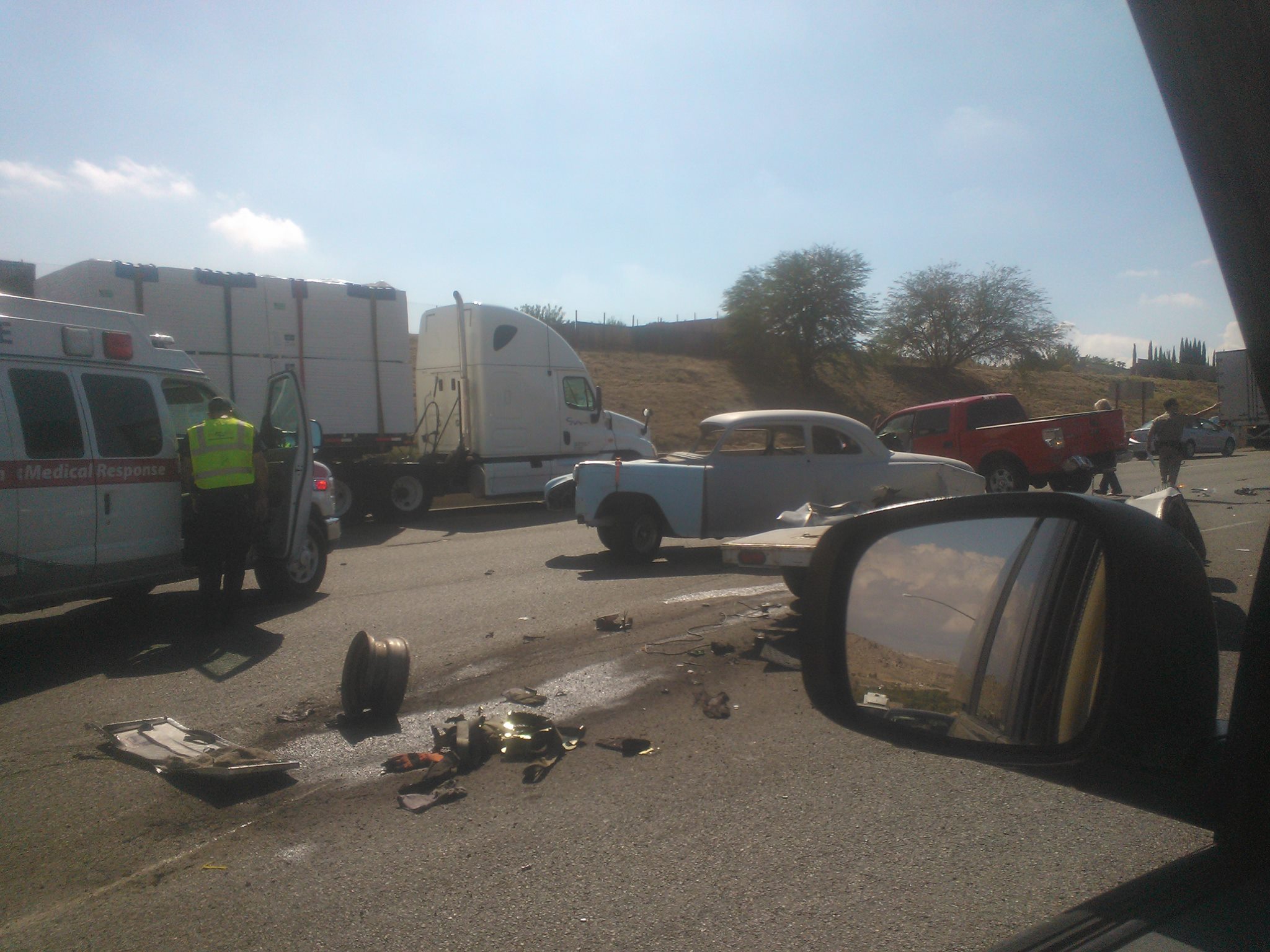 VICTORVILLE-(VVNG.com): Dispatch received a report of a two vehicle traffic collision on the I-15 southbound just south of the  D Street onramp at about 12:05 p.m on Saturday afternoon. The vehicles involved were reported to be a red pickup truck with a trailer that was hauling an unknown early model vehicle and a semi-tractor trailer.

The semi-tractor trailer reportedly leaked about 20 gallons of fuel onto lanes of traffic. The traffic collision blocked all lanes of traffic for over an hour as crews attempted to clear the vehicles and diesel fuel spill from the roadway.  At this time it is unknown if there are any injuries. Hazmat was called to the scene for the fuel spill.