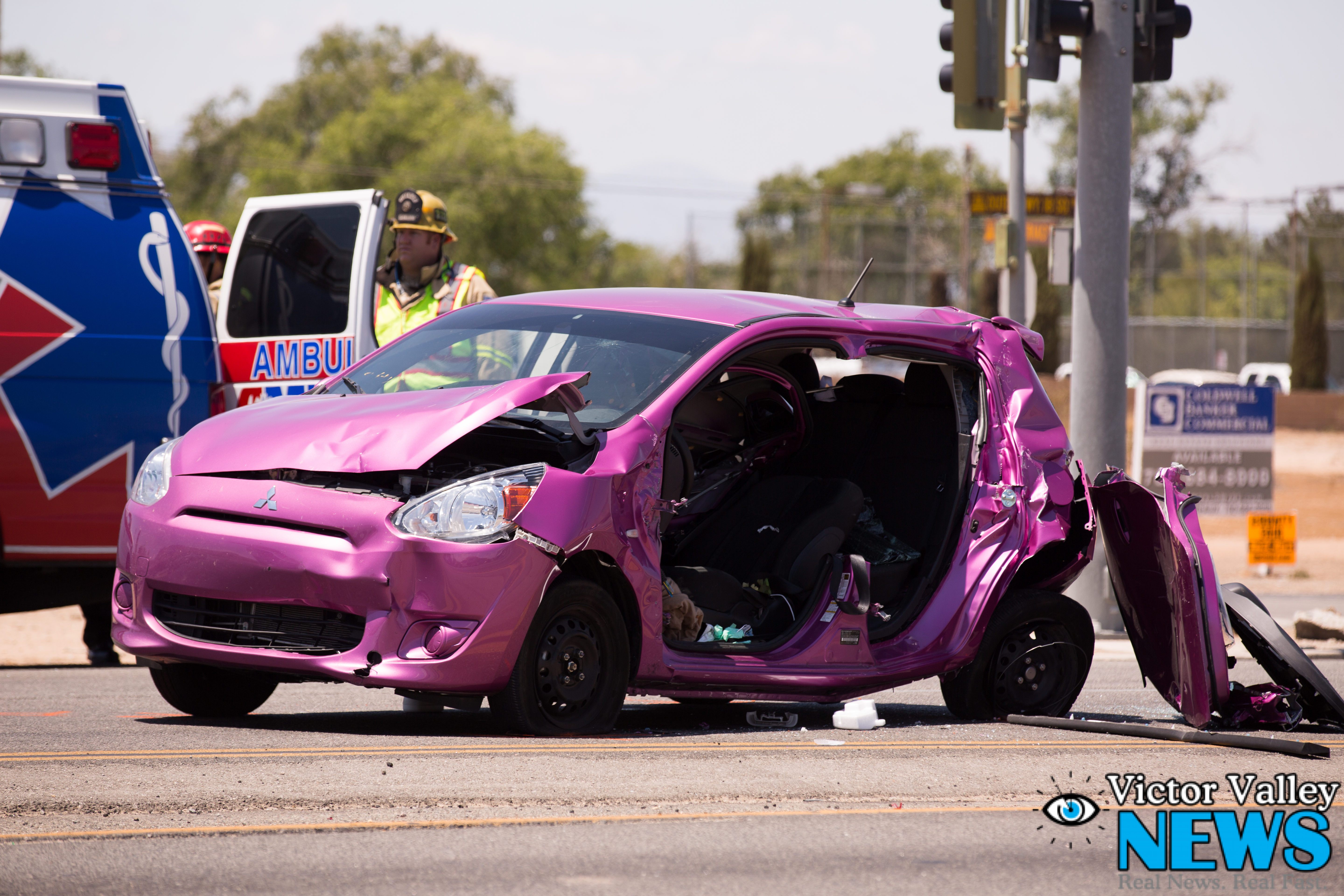 APPLE VALLEY:(VVNG.com)- A multi vehicle traffic collision was reported at the intersection of Highway 18 and Rancherias at approximately 11:20 A.M., on Sunday, May 24, 2015.

Per scanner traffic, one air ambulance was requested to transport the female driver of the Mitsubishi who required extrication from the vehicle. She was airlifted to Antelope Valley Hospital. Her juvenile son was transported by ground ambulance to Loma Linda Medical Center. The extent of their injuries are currently unknown.

According to a witness involved in the accident, the Toyota was traveling eastbound on highway 18 at speeds of approximately 50MPH and collided into the Mitsubishi that was stopped at a red light. The impact caused the Mitsubishi to crash into the rear passenger side of the Honda that was also stopped at the red light.

The female driver of the Toyota was taken by ground ambulance to a local hospital. The occupants of the Honda were not injured.

Eastbound traffic on Highway 18 was shut down at Rancherias Road for approximately two hours while the vehicles were removed from the roadway.

Six Arrested in Hesperia Drug Bust: Parents Admit to Drug Use with Child