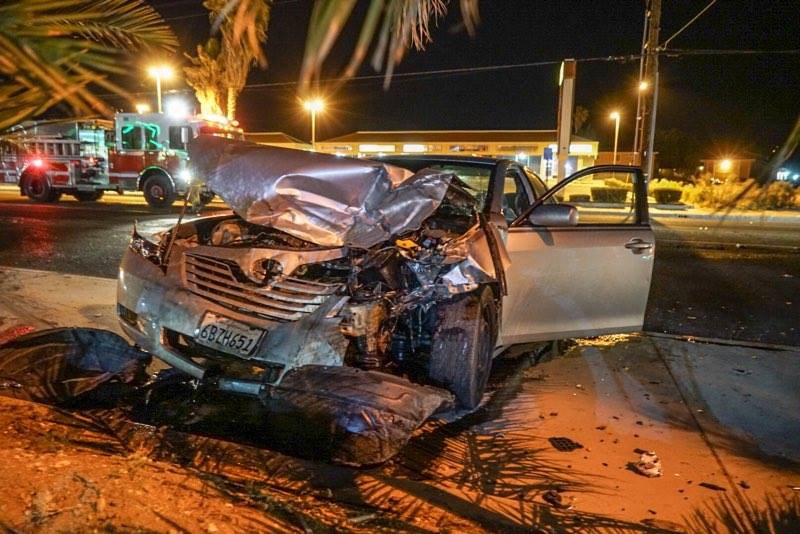 VICTORVILLE:(VVNG.com)- One person was transported to a local hospital following a multi-vehicle crash on Monday night. The multi-vehicle crash was reported at about 8:10 PM, on April 25th along Mojave Drive just west of Village Drive in Victorville.

The vehicles involved, were a gold-colored Lexus, a silver Camry, and a white Chrysler minivan.

A male driver of the Camry was transported by ground ambulance to a local hospital with unknown injuries. The driver of the Lexus was not injured in the crash.

According to a witness, who asked to remain anonymous, the minivan was attempting to make an illegal u-turn in front of the Sunset Inn Hotel on Mojave Drive causing the other two vehicles to crash.

Eastbound traffic on Mojave Drive was temporarily stopped while tow trucks removed the vehicles from the roadway.

At this time, the official cause of the accident remains under investigation. More information will be updated as it becomes available.