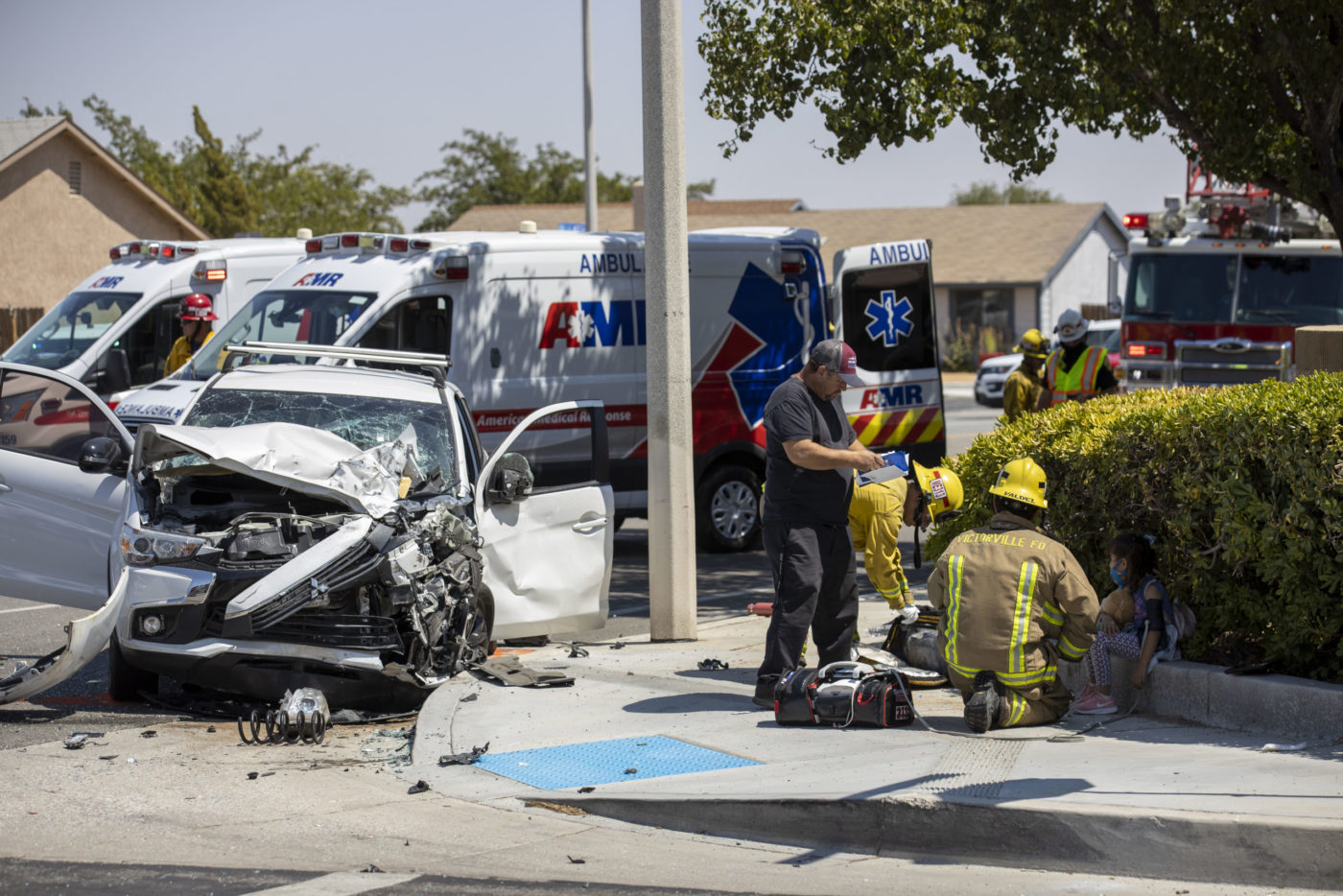 San Bernardino County Sheriff’s Deputies and emergency personnel from the Victorville Fire Department, AMR responded to a two-vehicle crash reported at 12:04 p.m. at the intersection of La Mesa and Petaluma Roads.

The crash involved two white vehicles, a Toyota Van and an unknown type compact sedan. Both sustained major damage as a result of the collision.

According to scanner traffic, three people suffered minor injuries and were transported by ground ambulance to a local hospital. A young girl was evaluated at the scene but was not transported.

Traffic was diverted away from the intersection while first responders treated involved occupants.

The official cause of the accident is under investigation.