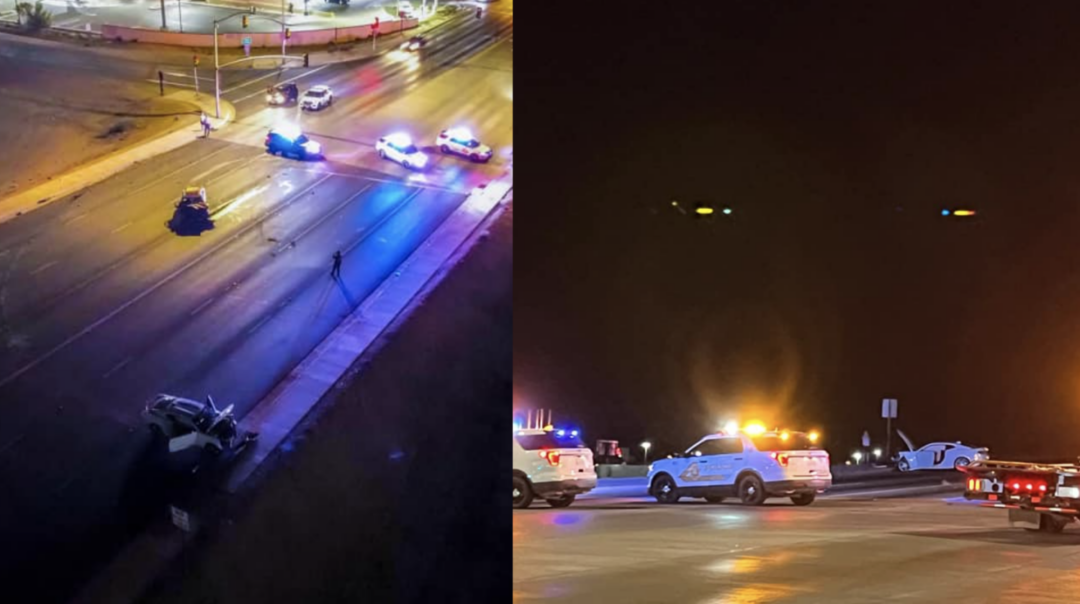 VICTORVILLE, Calif. (VVNG.com) — A 33-year-old Victorville man was arrested for drunk driving after he caused an accident that left three people injured.

On Monday, August 22, 2022, at approximately 11:15 p.m., deputies from the Victorville Police Department were dispatched to the Bear Valley Road/Interstate 15 overpass for a three-vehicle collision.

Upon arrival, deputies located the suspect who caused the collision, identified as Jeremy Flores, in a white 2019 Chevy Camaro with a strong odor of alcohol.

The 29-year-old male victim was driving a red sedan and was ejected from the vehicle while his 4-year-old son was in the rear seat.  They were both transported by Emergency Medical Services to a hospital.

Additionally, the 63-year-old victim in the third vehicle was also transported to a local hospital.

Flores was medically cleared for booking at High Desert Detention Center for VC23153(A): Driving Under the Influence of Alcohol Causing Bodily Injury (FELONY).

A witness who asked to remain anonymous said “I think is the one that just took off at Ricky’s bar, wouldn’t let us take his keys. I tried to call it in as well. What a POS.” The witness also said the driver was literally falling, could barely walk, and everyone ran after him to try and stop him before he took off.

Another commenter named Alize Ramirez said the white Camaro was going at least 70/80 mph and it ran the red light.