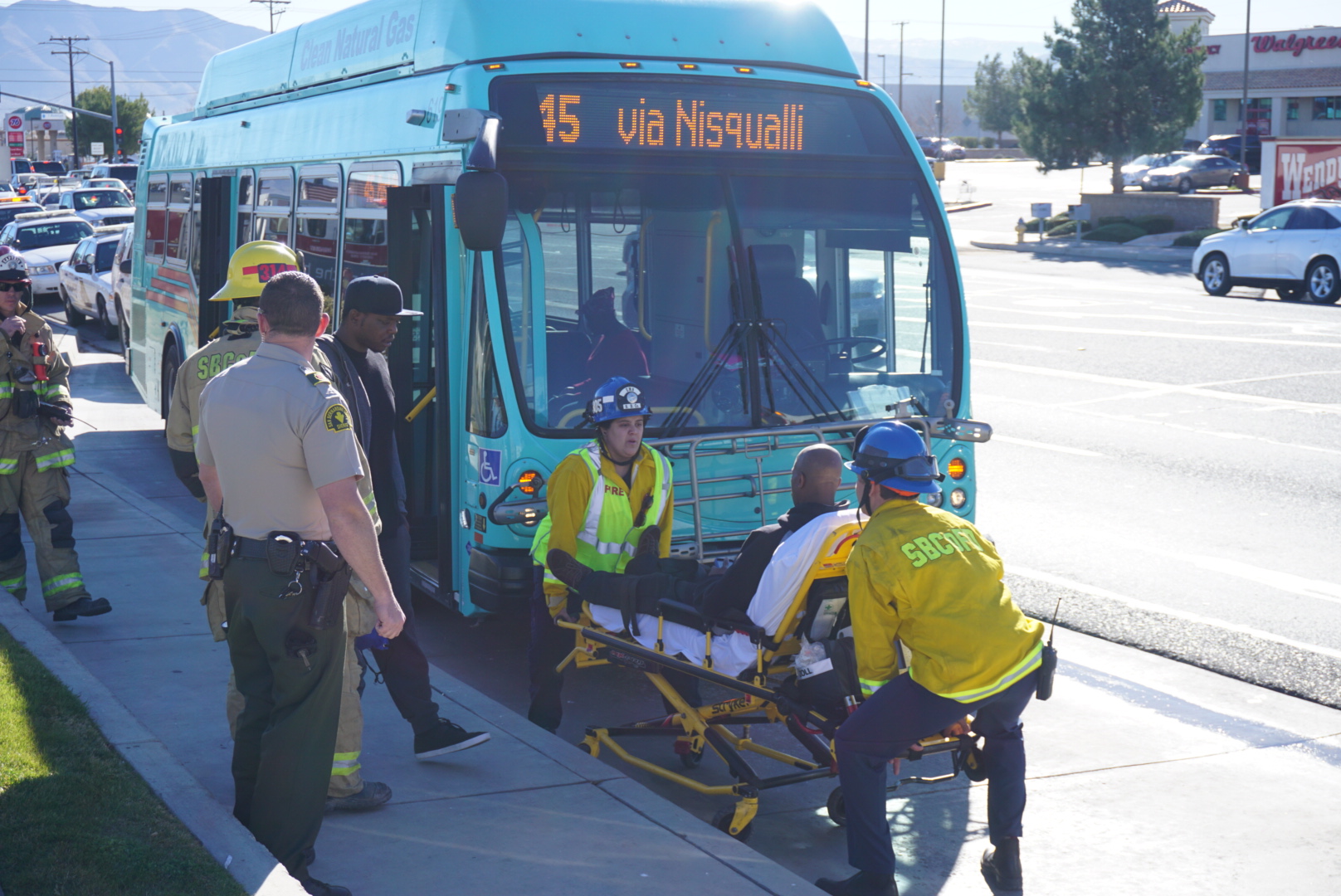 HESPERIA-(VVNG.com): Three people were transported with minor injuries after a Victor Valley Transit (VVTA) bus was involved in a collision with a van Monday morning. The traffic collision was reported just before 9:00 a.m. on Main Street just west of I Avenue.

Fourteen passengers were reported to be involved in the minor damage traffic collision. The

driver of the VVTA bus and the van were both heading southbound on I Avenue and were stopped at a red light.

Prior to making the right-hand turn onto Main Street the bus yielded to a pedestrian that was in the crosswalk. San Bernardino County Sheriff officials from the Hesperia station said that the male driver in the van attempted to maneuver around the bus, which caused the bus to strike the passenger side of the van.

Three engines, three ambulances, one truck company, and one batallion chief responded to the collision. No other injuries were reported as a result of the collision. The three injured were transported to Desert Valley Hospital for complaints of pain. 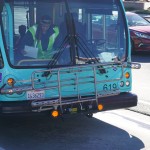 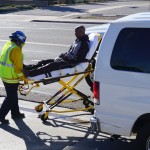