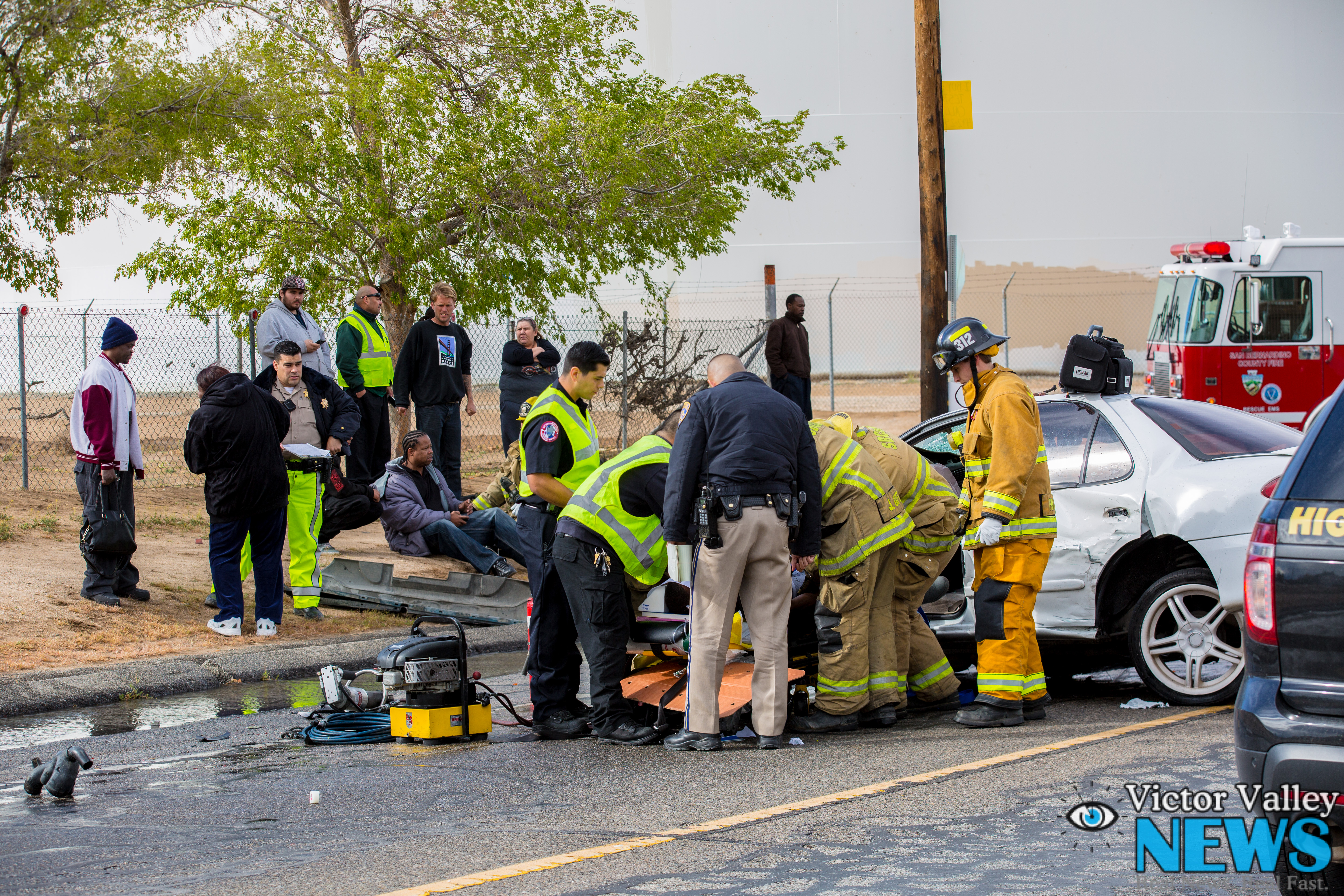 VICTORVILLE:(VVNG.com)- One man was airlifted following a multi-vehicle traffic collision at a busy four-way intersection in Victorville. The major damage collision occurred at the intersection of Dos Palmas and El Evado on Monday, March 7, 2016, at about 2:30 PM.

For reasons still under investigation, a dark green Lincoln Navigator hauling a vehicle on a 12 ft. utility trailer and a white Chevy Cavalier collided in the intersection. The impact caused the utility trailer to separate from the Navigator and block lanes of traffic.

A couple in a Dodge Durango traveling northbound on El Evado were waiting at the stop sign when they witnessed the collision.

The couple who did not want to be identified told Victor Valley news, the white Cavalier failed to make a stop at the four-way stop. “The man kept going straight through the intersection and that’s when he crashed straight in the middle of the SUV hauling the trailer. Although, visibly shaken up the couple was not injured in the crash. “He almost hit us but thankfully nothing happened to us or our car,” they continued to say.

Upon arrival, one male was trapped inside a white Chevy Cavalier and required extrication. It took firefighters about 10 minutes to extricate the driver from the vehicle. Due to the extent of his injuries, an air ambulance was requested. CHP helicopter H-80 landed on El Evado Road and the male was airlifted to Antelope Valley Hospital. Two other patients were injured and transported to local area hospitals with unknown injuries. 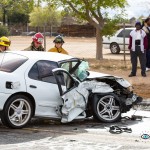 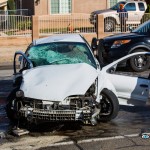 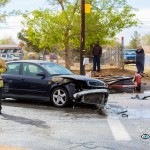 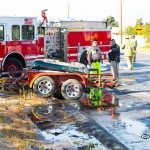 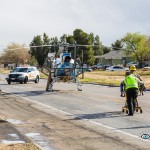 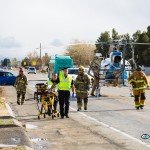