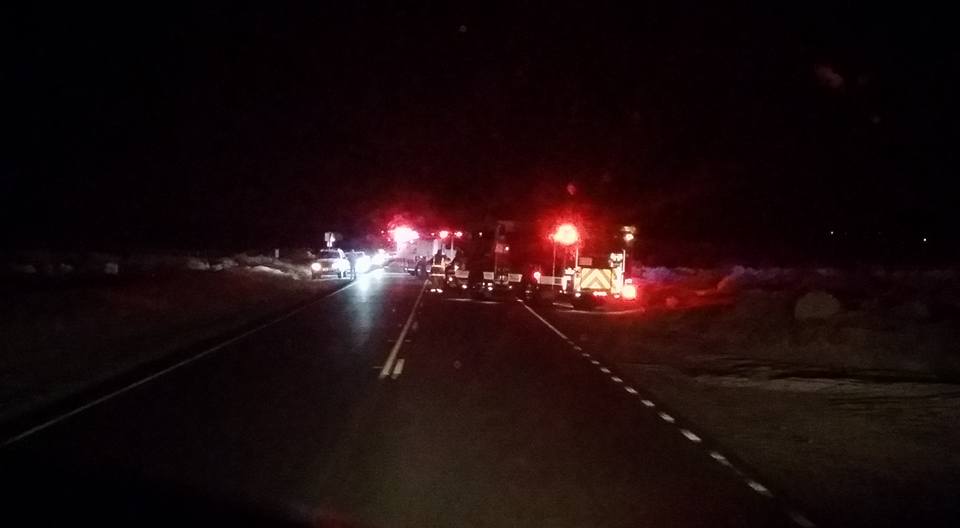 The collision was reported as a head-on traffic collision with one person trapped in a vehicle requiring extrication.

The collision occurred when a gold Toyota Camry was driving westbound on Highway 18.  For unknown reasons, the 31-year-old Big Bear woman driving the Camry crossed over the yellow line into oncoming eastbound traffic.

A Ford Ranger, driven by a 51-year-old Apple Valley woman was traveling eastbound on Highway 18 and in an attempt to avoid colliding head-on with the Camry, she swerved out-of-the-way.  The driver of the Ranger avoided the head-on collision, but was side-swiped by the Camry. A black Dodge Charger, driven by a 34-year-old Lucerne Valley man, also driving eastbound just behind the Ford Ranger collided head-on with the Camry.

All of the injuries are considered minor to moderate in nature and the three injured went by ground ambulance, two to St. Mary’s and the driver of the Camry was transported to Arrowhead Regional Medical Center for treatment.

The condition of the three is unknown at this time, but their injuries were non-life-threatening in nature.