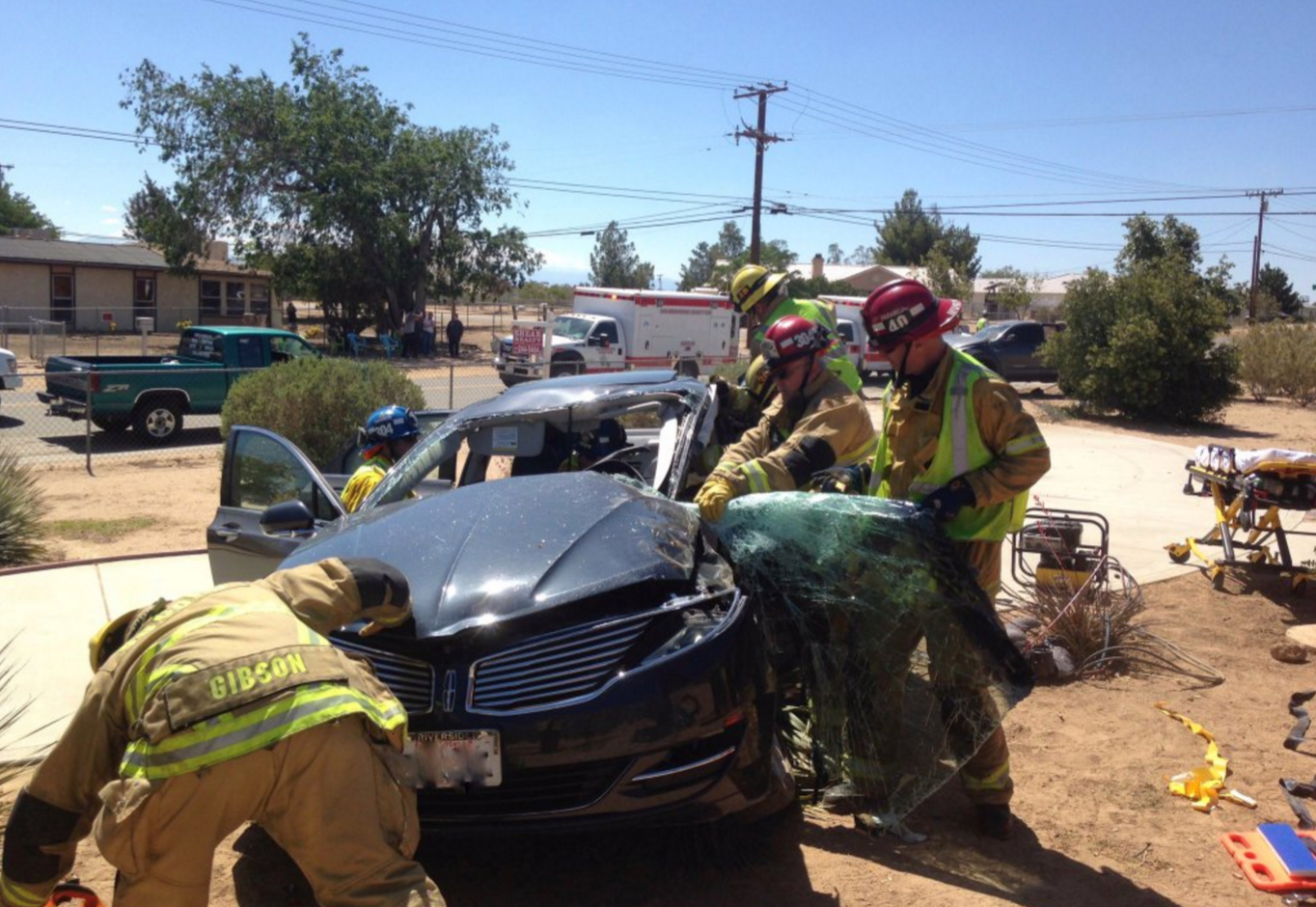 HESPERIA-(VVNG.com): A 65-year-old Hesperia woman was seriously injured in a traffic collision Thursday morning. At around 10:20 a.m. dispatchers received a report of a two vehicle traffic collision on Oakwood Avenue near Sycamore Street.

Upon arrival deputies from the Hesperia station located a Lincoln Town Car and an overturned Toyota Tundra in the yard of a vacant home.

According to Hesperia Sheriff’s Station Spokeswoman, Karen Hunt the Lincoln driven by the 65-year-old woman was driving westbound on Sycamore Street and ran the stop sign . The Toyota Tundra occupied by a Hesperia man and woman in their 40’s was driving north on Oakwood Avenue and broadsided the Lincoln.

The impact of the collision sent the Lincoln through the fence of the property and the Toyota rolled into the same property.

The woman in the Lincoln required extrication, which County Firefighters were able to complete within around 10 minutes. She was transported by ground to Desert Valley where she was then airlifted to Loma Linda University Medical Center for the treatment of moderate to major injuries.

The couple in the overturned Toyota was transported by ground to Arrowhead Regional Medical Center for the treatment of minor injuries.