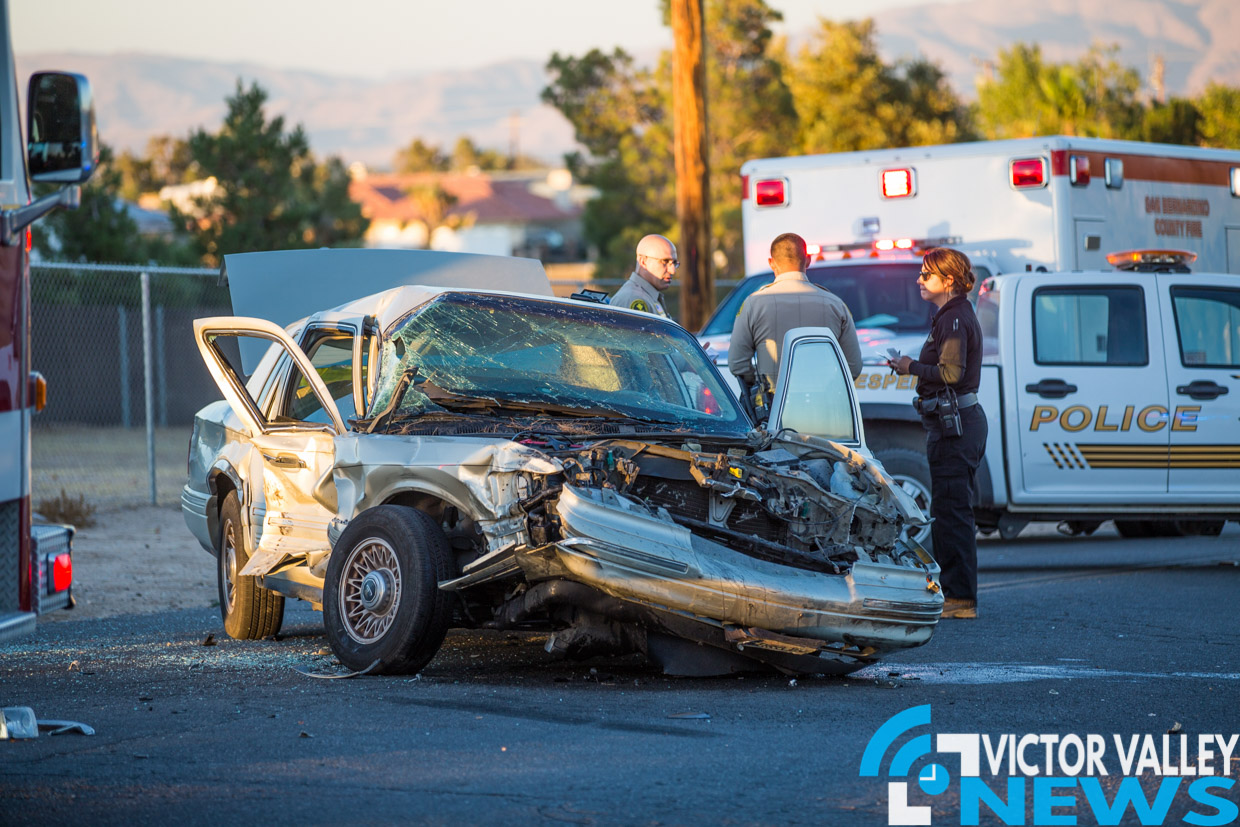 Just after 7:30 pm a traffic collision involving a 1997 Lincoln Town Car and a 1995 Infinity was reported at the intersection of Eucalyptus Street and Fifth Avenue.

Witnesses told deputies the Infinity was traveling northbound on Fifth Avenue and failed to stop colliding into the eastbound Lincoln.

The driver of the Lincoln was transported by ground ambulance to Loma Linda University Medical Center and the passenger was airlifted.

The driver of the Infinity initially declined medical treatment but later decided to be transported by ambulance to a local hospital.

Witnesses said a third vehicle, a white pickup truck, was also involved in the crash but fled the scene, Sergeant Burns of the Hesperia Station told Victor Valley News.

“We are searching for a truck that should have some damage, but witnesses said he did not cause the crash” stated Burns. 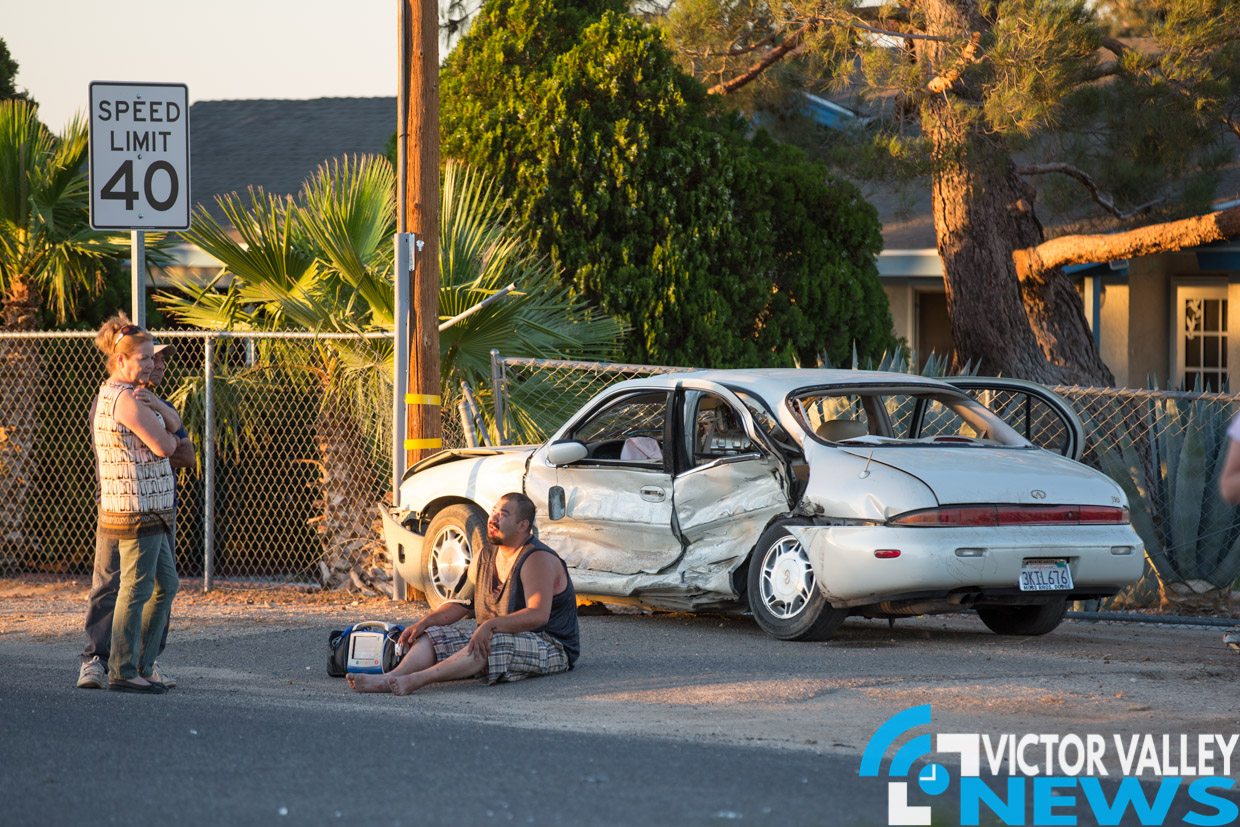