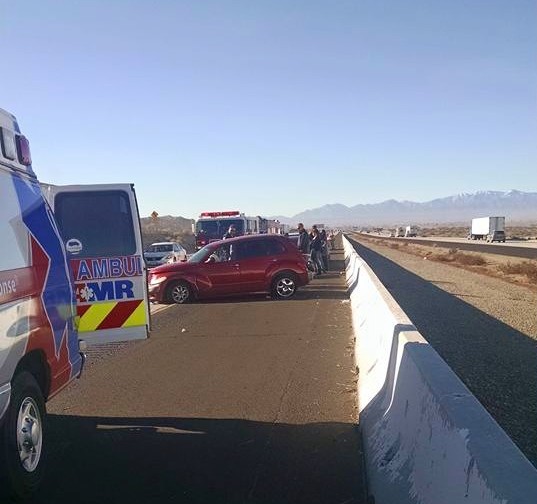 The driver of the semi pulled over to the right side of the freeway following the collision.
(photo by Frank Jackson)

VICTORVILLE-(VVNG.com): A traffic collision on the 15 freeway left three people injured on Thursday just before 9:00 a.m. CHP officials said, the two vehicles, a semi-tractor trailer and a red PT Cruiser were both traveling northbound just past Stoddard Wells Road when for reasons still under investigation, the semi hit the PT Cruiser from behind. The force sent the PT Cruiser into the center divider.

There were no other injuries reported as a result of this collision. Traffic was slowed temporarily due to the collision with the #1 (fast) lane closed for over an hour until patients were transported and the road was cleared of debris.