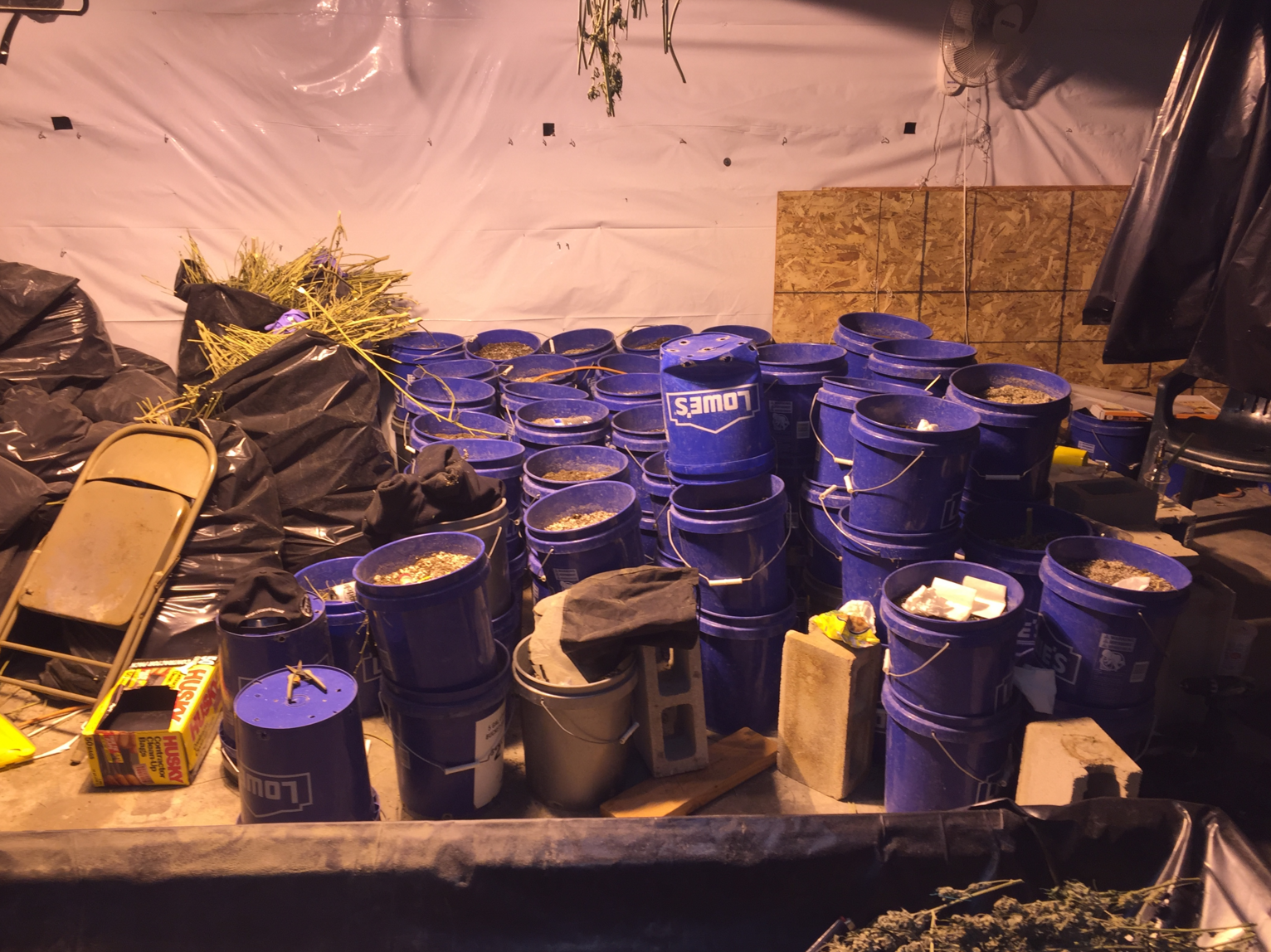 APPLE VALLEY-(VVNG.com):  Three Apple Valley residents were arrested on Tuesday afternoon after the San Bernardino County Sheriff’s MET (Marijuana Enforcement Team ) served a search warrant at the home located at 22983 Broken Lance Road. Upon arrival deputies immediately discovered evidence of a THC Extraction lab. Three suspects were present at the home and were detained while deputies conducted their search.

Through investigation it was learned that the operation had been going on for an extended period of time. The reason for the delay in discovery is believed to be the remote location of the residence that 30-year-old Christopher Keiser and 35-year-old Johnathan Conklin currently reside at the residence and 21-year-old Tandra OKeefe, is the girlfriend to Keiser.

Investigators found evidence to show the THC Extraction Lab was producing concentrated cannabis. The suspects were also cultivating marijuana at the residence. Over 500 marijuana plants were found growing at the time of the warrant. Over 200 pounds of marijuana plant material used in the extraction process was found. Several forms of concentrated cannabis known as “Wax” or “Dabs” were also found. The suspects were also stealing electricity to support the operation. The loss to Southern California Edison is estimated at $16,000.

Investigators believe the suspects were manufacturing the concentrated cannabis at the residence and selling the product to others. The operation was capable of producing several pounds of concentrated cannabis per week. Some marijuana users prefer using Wax, Dabs or Honey Oil over the straightforward method of smoking marijuana (bud) because of the higher concentration of THC levels produced. Therefore, the effects are much stronger than the traditional method of smoking the plant material. THC or Tetrahydrocannabinol is the main or active ingredient in marijuana that causes the “high” when using the drug.

The San Bernardino County Sheriff’s Department warns the public that THC extraction process is extremely dangerous and has a high potential for explosion and fire due to the use of large amounts of flammable chemicals during the extraction process. This chemical process is illegal and is a violation of California’s Health & Safety Code.

Investigators arrested Keiser and Conklin without incident and booked them into the High Desert Detention Center for Manufacturing a Controlled Substance, Cultivation of Marijuana, Possession of Marijuana for Sales and Theft of Utilities. Their bail amounts are set at $700,000. Keiser also had an arrest warrant for Domestic Battery, a misdemeanor.

Criminal charges against OKeefe will be reviewed by the San Bernardino County District Attorney’s Office. She may face some of the same charges as the other suspects which will be added at a later time.