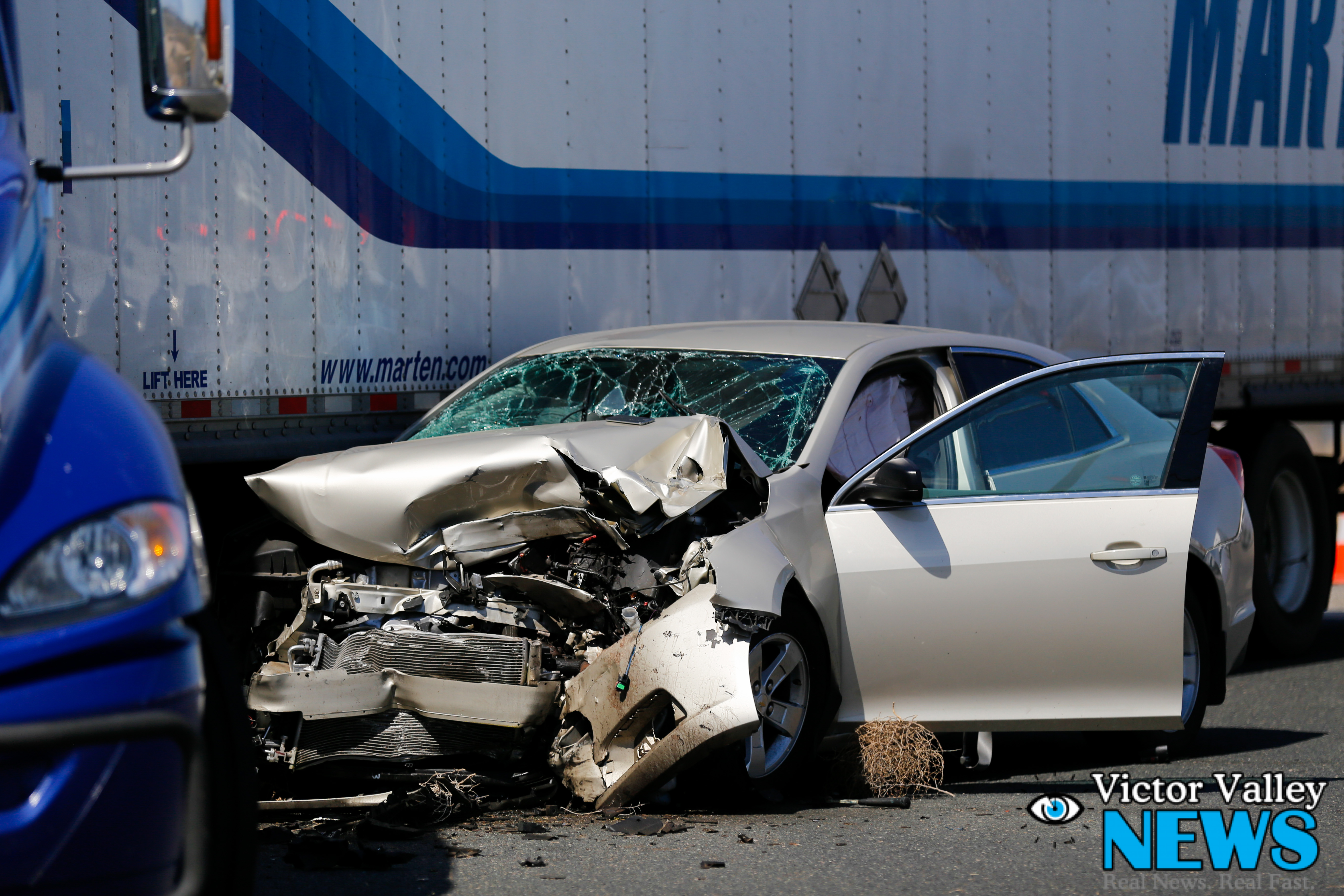 HESPERIA:(VVNG.com)- A multi-injury traffic collision involving a vehicle and a semi shut down a portion of Highway 395 on Sunday afternoon.

Upon arrival, authorities located a Chevy Malibu and a tractor-tractor combination in the intersection.

County Sheriff’s officials said that the Chevy was traveling northbound on US Highway 395 and the tractor trailer was driving westbound on Three Flags Court attempting to make a left turn onto US Highway 395.

Witnesses statements and other investigation determined that one of the vehicles failed to stop at the circular red light at the intersection causing the collision. The Chevy sustained major damage and the tractor-trailer sustained moderate damage.

According to authorities, it appears the occupants of the Malibu were not wearing seatbelts at the time of the crash.

CalTrans responded to set up hard road closures on Highway 395 between Joshua Street and Poplar Street. Highway 395 is expected to be closed for several hours while authorities conduct the investigation.

Anyone with information, or anyone who may have witnessed the collision, is asked to contact Deputy Eric Getts or Deputy Simon DeMuri from the Hesperia Station at (760) 947-1500. 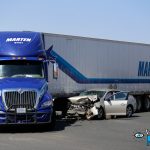 A Chevy Malibu collided into a semi tractor trailer on US 395 on Sunday afternoon. (Gabriel Danny Espinoza, Victor Valley News) 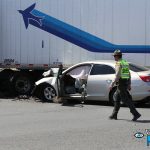 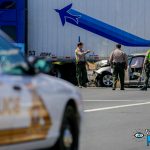 [box type=”warning” align=”aligncenter” class=”” width=””]County Fire would like to remind the public that seatbelts save lives. Please remembers to buckle up and drive safely this holiday weekend.[/box]