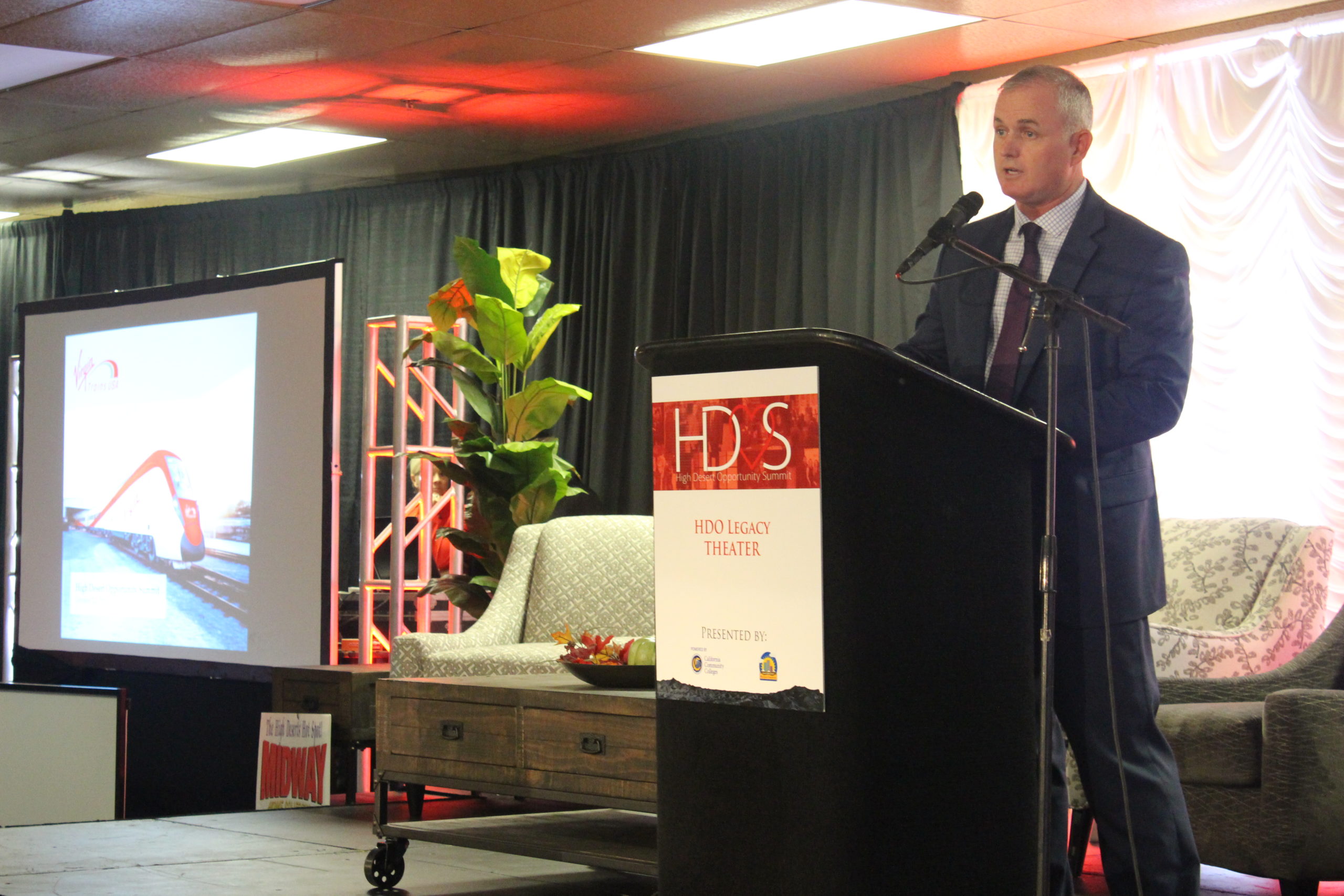 Event attendees were among the first to hear about the economic and environmental benefits the project will bring to the area when the high-speed rail line connects Apple Valley to Las Vegas. According to O’Malley, Virgin Trains USA has acquired property in the north end of the Victor Valley near Dale Evans Parkway.

Construction of the rail line is expected to bring more than 10,000 jobs in addition to more than 500 permanent jobs that will be created once the line is established. Similar to their southern Florida rail stations, the Apple Valley station is expected to attract transit-oriented commercial and residential development in the surrounding area.

Known as DesertXpress, the project will create more than 1,200 housing units, according to a press release from California State Treasurer Fiona Ma. The project is estimated to inject $2.13 billion into California’s economy including $275 million in federal, state and local tax revenue, said O’Malley.

The project is anticipated to break ground in 2020 and will begin moving passengers in late 2023.

The high-speed electric train will move passengers from Apple Valley to Las Vegas in about 90 minutes at speeds greater than 150 miles per hour removing as many as 4.5 million cars from traveling 811 million miles on Interstate 15 annually.

Just yesterday, the California Infrastructure Economic Development Bank (IBank) approved the issuance of $3.2 billion in tax-exempt fixed rate revenue bonds for the project. It was the largest bond request in the IBank’s history, according to a tweet from their office.

“This is one of those once in a lifetime projects that will bring jobs and economic growth to not only Apple Valley but the entire Victor Valley region,” said Apple Valley Mayor Larry Cusack. “It will help expand infrastructure into north Apple Valley, paving the way for residential, commercial and industrial growth in the newly annexed area of town along the I-15 corridor in exciting new ways.”

For more information, contact Orlando Acevedo, Director of Business Development and Communications, at (760) 240-7915 or via email at oacevedo@applevalley.org.