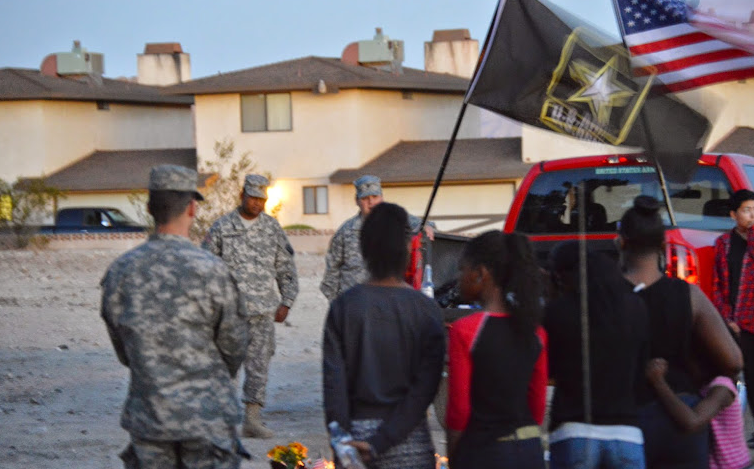 VICTORVILLE-(VVNG.com): After an over 4 month wait, the wheels of justice in the case of slain Army National Guard Specialist, Daniel Yarbrough have just began to spin. The September 29th shooting murder of Yarbrough left many who know this well-liked young soldier were left perplexed as to how or why this occurred.

The Swank brothers, both seen in court for their Arraignment hearings, on separate days put in a not guilty plea for the same charges of murder and attempted murder. Wesley Swank, 28 was in court on Monday, February 2nd and Logan Swank, 20 on February 3rd.

Yarbrough was sitting in his vehicle when the he was murdered by a gunshot wound leaving the 31-year-old soldier dead at the scene.

Wesley Swank was appointed a public defender due being found indigent by the court.

Detectives have now released additional information that explains the attempted murder charges that the Swank brothers are facing, in addition to the murder charges. It also proves that the self-proclaimed best friend and his brother were part of a premeditated plan to murder Army National Guard Specialist  Daniel Yarbrough.

Nearly two weeks prior to the September 29, 2014 shooting murder of Yarbrough was shot at in Victorville. On September 17th, 2014. Yarbrough reported that he was shot at while sitting in the driveway of his home.

Over the course of the intense four-month long investigation, it was determined that Wesley and Logan Swank murdered Yarbrough.

On Thursday, January 29th, Westley Swank was arrested from his home in the town of Apple Valley.

His brother 20-year-old Logan Swank was arrested the following day in San Antonio and was extradited to San Bernardino County. The District Attorney’s Office filed charges on Logan and Wesley Swank for the cold-blooded murder of the young soldier.

On February 2, 2015 a third person was arrested, Thomas Bradshaw, 23 from Apple Valley, assisted the Swank brothers in the September 17. 2024 Victorville attempted murder of Yarbrough.The arrest was made without incident and Bradshaw was booked at West Valley Detention Center for Attempted Murder.

All three are being held on $1000000 bail at West Valley Detention Center in Rancho Cucamonga.

The investigation is still ongoing and anyone with information regarding this investigation is urged to contact Detective Troy Mooradian or Sergeant Robert Warrick at (909) 387-3589.  Callers wishing to remain anonymous are urged to call the We-tip Hotline at 1-800-78-CRIME (27463) or you may leave information on the We-Tip Hotline at www.wetip.com.