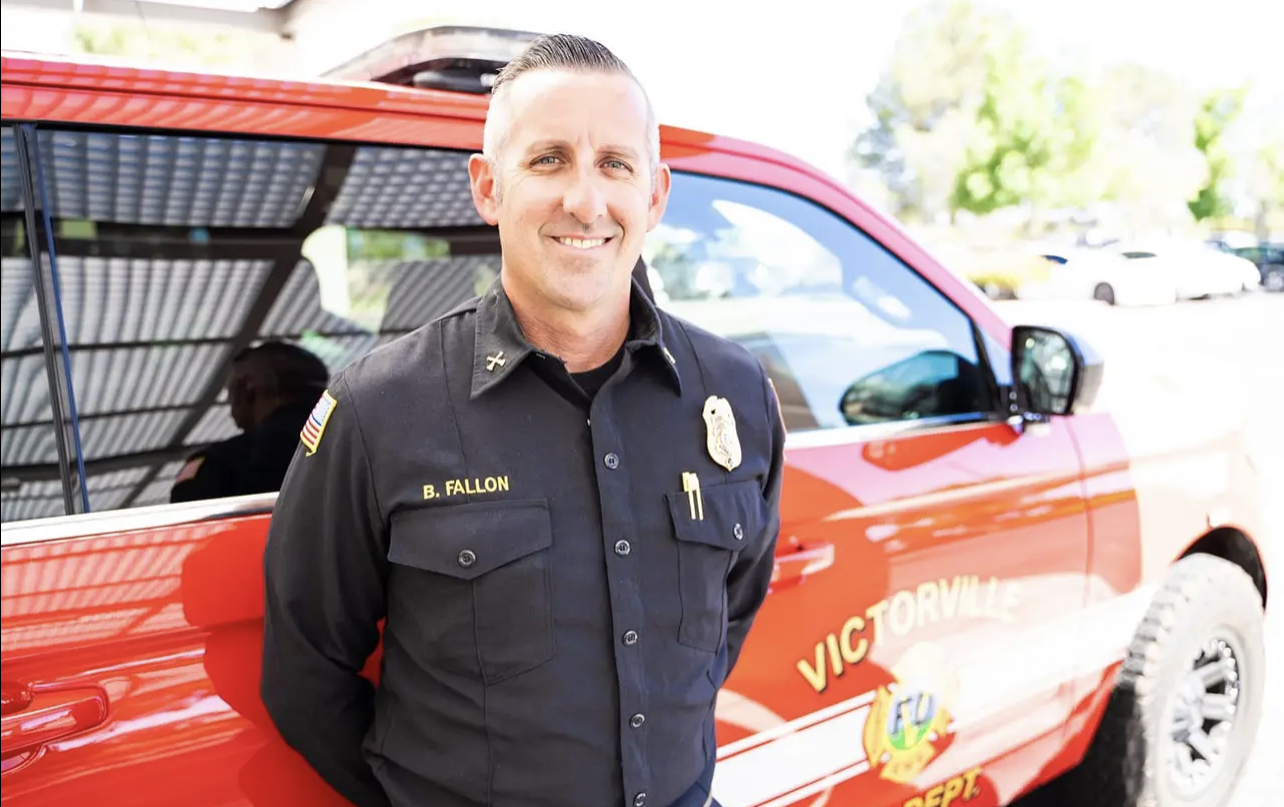 VICTORVILLE, Calif. (VVNG.com) — The City of Victorville announced the resignation of Fire Chief Brian Fallon, making him the third fire chief to leave the department since 2020.

“Victorville Fire Chief Brian Fallon has accepted the fire chief position at a small department on the Central Coast, a location where he and his family have always hoped to locate.  The City of Victorville thanks Chief Fallon for his dedicated service and leadership, and we wish he and his family well as they embark on this new opportunity,” states City spokeswoman Sue Jones.

“Under Chief Fallon’s leadership, we made great strides and learned a great deal as our still new, three-year-old-department continued to grow and develop.  Chief Fallon’s last day with the City will be Dec. 30.,” Jones stated.

The City of Victorville says they are actively recruiting and interviewing candidates to serve as the interim fire chief starting Jan. 1, and have launched a search for the chief to continue the advancement of the fire department.

According to the City Spokeswoman, Victorville is one of the busiest fire departments in San Bernardino County and ranks among the top six percent of the nation’s fire departments having recently received a Class 2 ISO rating.

Benson left abruptly without notice in August of 2020, and was replaced by Chief Jeff Armstrong, who later resigned in May of 2022 citing that he submitted an “untimely” resignation letter due to a decision that resulted from an “evaluation of organizational ‘fit’ and leadership styles.”

Fallon was promoted to replace Armstrong in June of 2022.

Related Topics:victorvilleVictorville Fire Department
Up Next