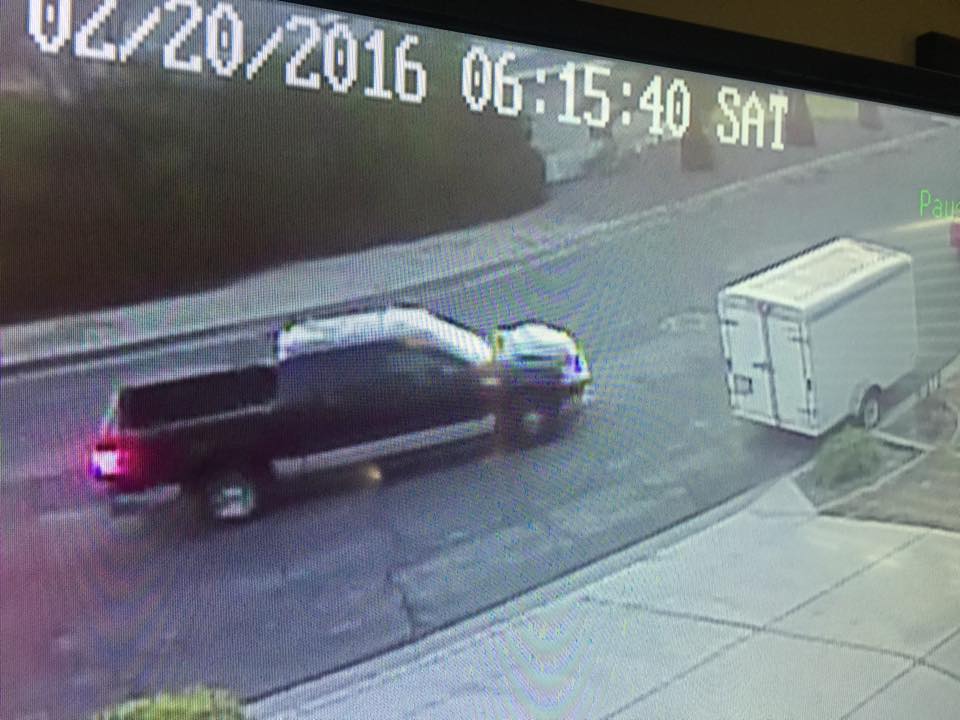 VICTORVILLE-(VVNG.com):  Spring Valley Lake resident, David Page woke up Saturday morning to a shocking surprise. When he went outside at around 8:00 a.m. he noticed that the trailer that he had parked at the curb in front of his home was gone.

Being that he had surveillance cameras installed at his home near Ridgecrest Road and Elmwood Drive he went to view the footage to see what took place. Upon watching, at the 6:15 a.m. mark, he witnessed the brazen seemingly planned-out theft take place.

Page told Victor Valley News that the trailer was borrowed from a friend and was only at his home for three days. He was keeping it there until his friend could assist him in unloading and installing a washer and dryer that he recently acquired.

“The only people that go up and down my street are people who live on my street, so I know it was either a neighbor or a friend of a neighbors,” said Page.

He told Victor Valley News that a police report was made with both the San Bernardino County Sheriff’s Department and the Spring Valley Lake Security. Spring Valley Lake security is also checking their surveillance in an attempt to get  a license plate number for the vehicle. The truck appears to be a black with tan Ford F-150 that Page said does not stand out as a vehicle he has seen in the area before.

Anyone with any information is urged to contact the San Bernardino County Sheriff’s Department, Victor Valley Station at (760) 956-5001.