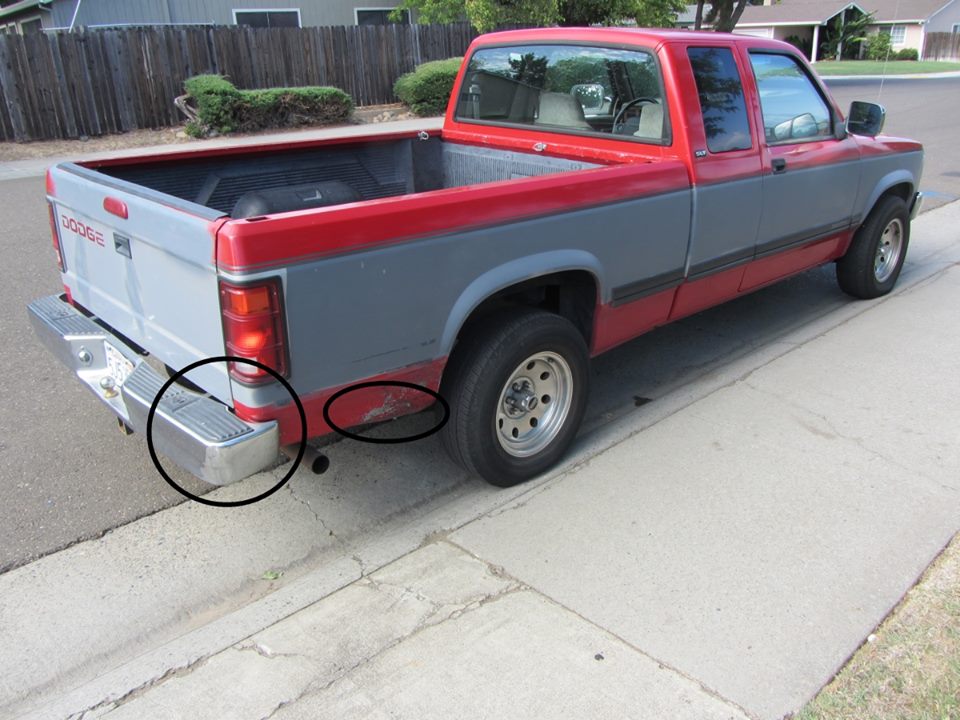 HESPERIA-(VVNG.com): An 85-year-old Hesperia man is devastated after his 1991 Dodge Dakota was stolen. “My father doesn’t have much left in this world that is truly his, he is heart-broken,” said his daughter, Suzie Vasquez.

The truck, his only vehicle, was stolen from a Hesperia home near Yucca Street and Pecan Avenue at approximately 12:00 P.M., on May 19th. The suspects, two Hispanic male adults, were driving a small white, older hatchback. The truck was stolen as the elderly man stood outside of the home waiting for his wife.

“The suspects got my father’s attention by asking if the owner of the house was in,” added Vasquez.

One of the two men jumped into the truck and headed towards I Avenue while the white hatchback drove in the opposite direction.

If you see the vehicle, or have any information that will help lead authorities to the suspects and/or the vehicle you are urged to call the San Bernardino County Sheriff’s Department, Hesperia Department at (760) 947-1500. “Its very old but he loved it,” said Vasquez.