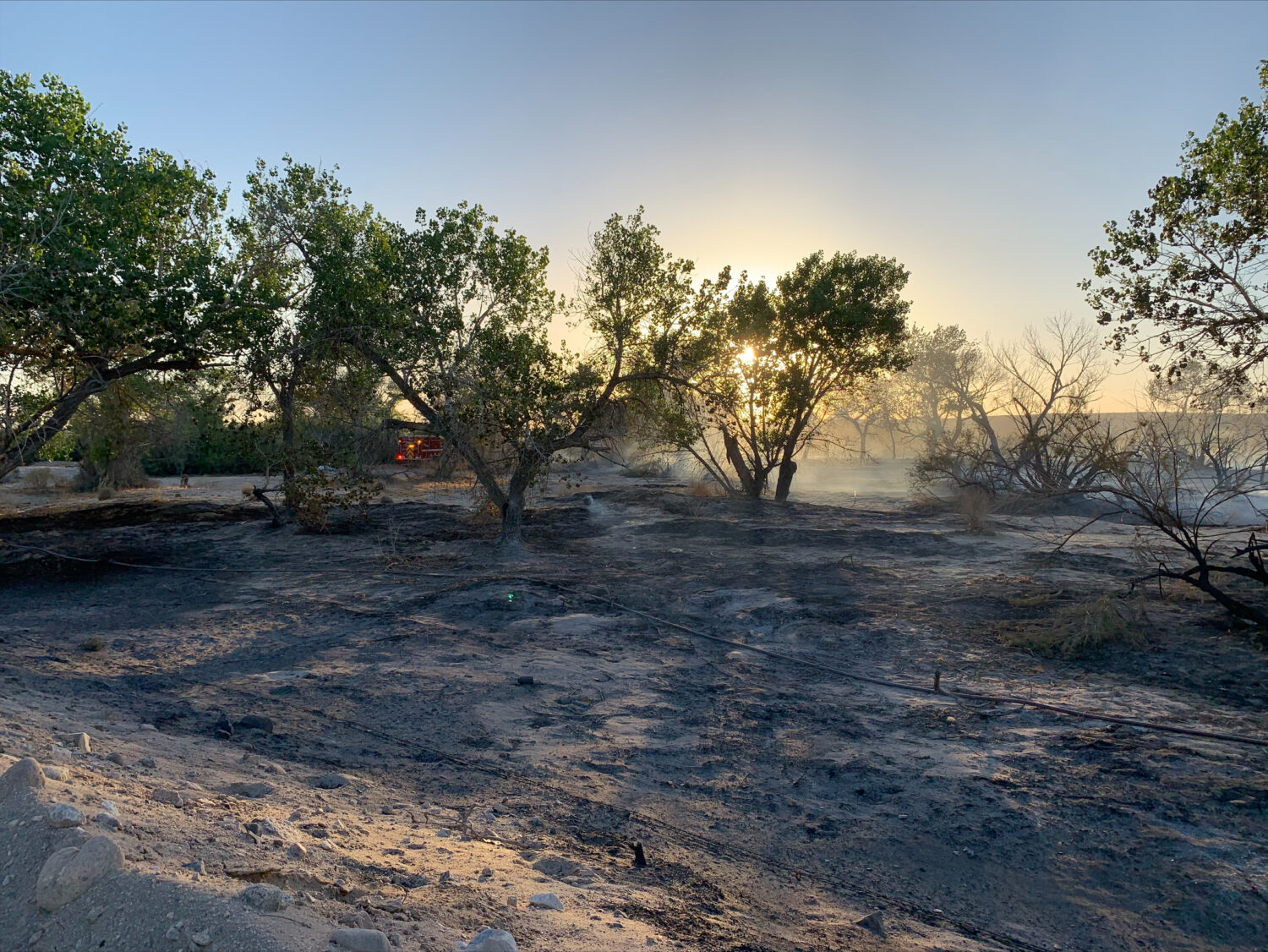 HELENDALE, Calif. (VVNG.com) — A total of 19 acres were scorched during a vegetation fire near the community of Helendale on Mother’s Day Sunday.

On May 8, 2022, San Bernardino County Fire crews were dispatched to a reported vegetation fire in the area of National Trails Highway and Indian Trail near a dairy.

The first arriving engine reported 2-3 acres of vegetation on fire that was being pushed by the wind and threatening structures. The size and location of the fire prompted a second alarm response.

According to a news release, “arriving crews deployed on perimeter control and structure defense, working to keep the fire out of approximately 15 structures in the area. Due to winds of 20-40 mph the fire quickly grew to more than 15 acres.”

At the height of the fire 24 apparatus and 88 personnel were on-scene.

Funded by the California Office of Emergency Services (CalOES), the funding supports aircraft, a common operating picture, and near-real-time fire modeling by WIFIRE that is available at the onset of emerging incidents.

Within 90 minutes firefighters gained the upper hand, keeping the fire to 19 acres. All 19 acres were in San Bernardino County Fire’s Local Responsibility Area jurisdiction or LRA.

No structures were damaged or destroyed by the fast moving fire. Once the forward rate of spread was stopped crews focused their efforts on mop-up and line containment. By nightfall the fire was more than 75% contained. Crews continued to stay on the fire into Monday, working on hot spots and patrolling the fires’ edge.

Man arrested after exposing himself at St. Mary’s hospital in Apple Valley