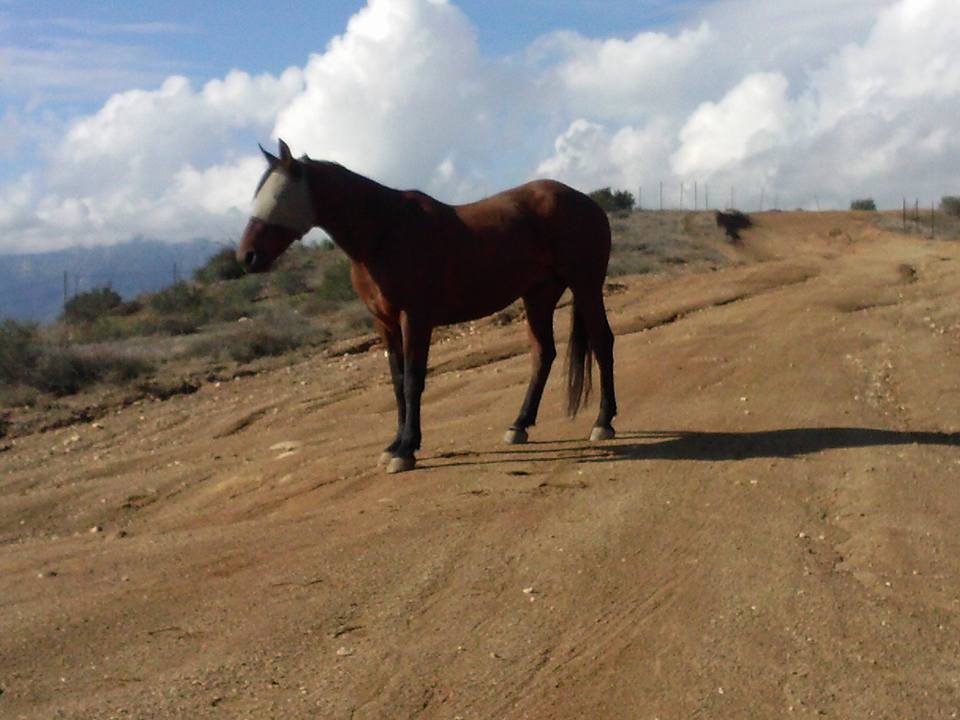 PHELAN-(VVNG.com):  A Mustang named “Capone” is home Thursday afternoon after nearly two days on the loose. On Wednesday, October 14th a member of Victor Valley News group shared a post made by a Phelan woman, looking for her son’s horse. Although, no

one responded about her son’s missing horse that she said got out on Tuesday, October 13th sometime between 3:30 p.m. and 7:00 p.m. Michael Wismer, located a horse.

At first Wismer posted a far off photo to Victor Valley News group where the horse’s markings were not obvious, but after someone mentioned the missing horse he shared close up photos. The horse was identified by both markings and the fly mask that the horse was wearing. Wismer contacted the owner of the horse and said, “ [He’s] On his way home, thanks VV news group!”