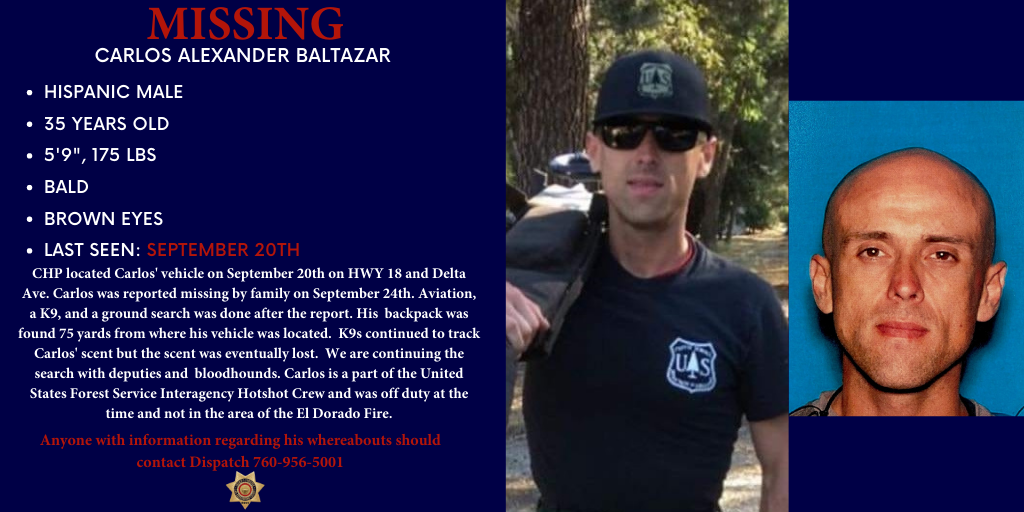 Sheriff’s officials said Carlos is a part of the U.S Forest Service Interagency Hotshot Crew and was off duty at the time and not in the area of the El Dorado Fire.

According to a news release, the California Highway Patrol located his vehicle on September 20th on Highway 18 and Delta Avenue. Carlos was reported missing by family on September 24th.

Aviation, a K9, and a ground search was done after the report.

“His backpack was found 75 yards from where his vehicle was located. K9s continued to track Carlos’ scent but the scent was eventually lost. We are continuing the search with deputies and bloodhounds,” stated the release.

Anyone with information regarding his whereabouts should contact Dispatch at 760-956-5001.