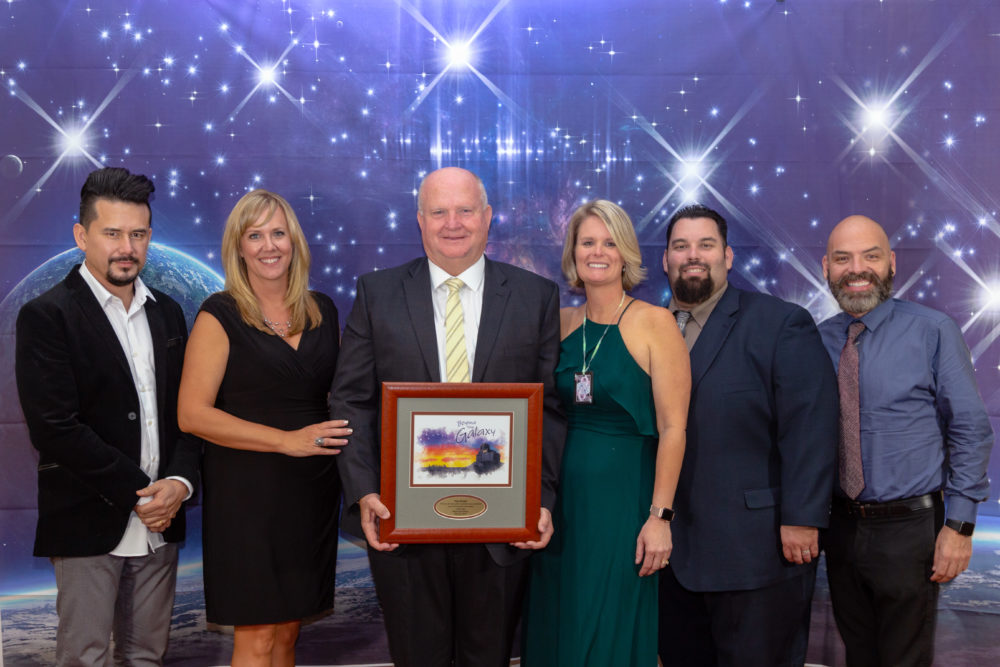 With the theme of Beyond the Galaxy, it was a stellar evening as over 150 guests enjoyed a lovely dinner followed by an out of this world silent auction.

The stars were shining down on the guest of honor, Paul Rosell, as he was commemorated by the many he has touched during his years as director of Special Needs for the academies.

Tom Hoegerman, AVUSD, and Angel Arrington, SBCSS Project Manager, were also recognized for their continual support to the students.

The Lewis Center for Educational Research operates two charter schools, the Academy for Academic Excellence in Apple Valley and the Norton Science and Language Academy in San Bernardino.

As those in attendance danced the evening away, the gala raised thousands of dollars, all of which directly benefit the Academy for Academic Excellence’s new multipurpose room and the construction of a new campus for Norton Science and Language Academy, according to Armando Quintana, a member of the Lewis Center for Educational Research’s Foundation Board.

“A special thank you goes out to all of our guests for making this evening not only a successful one, but an incredible night to be remembered. Until next year!” stated Armando Quintana.