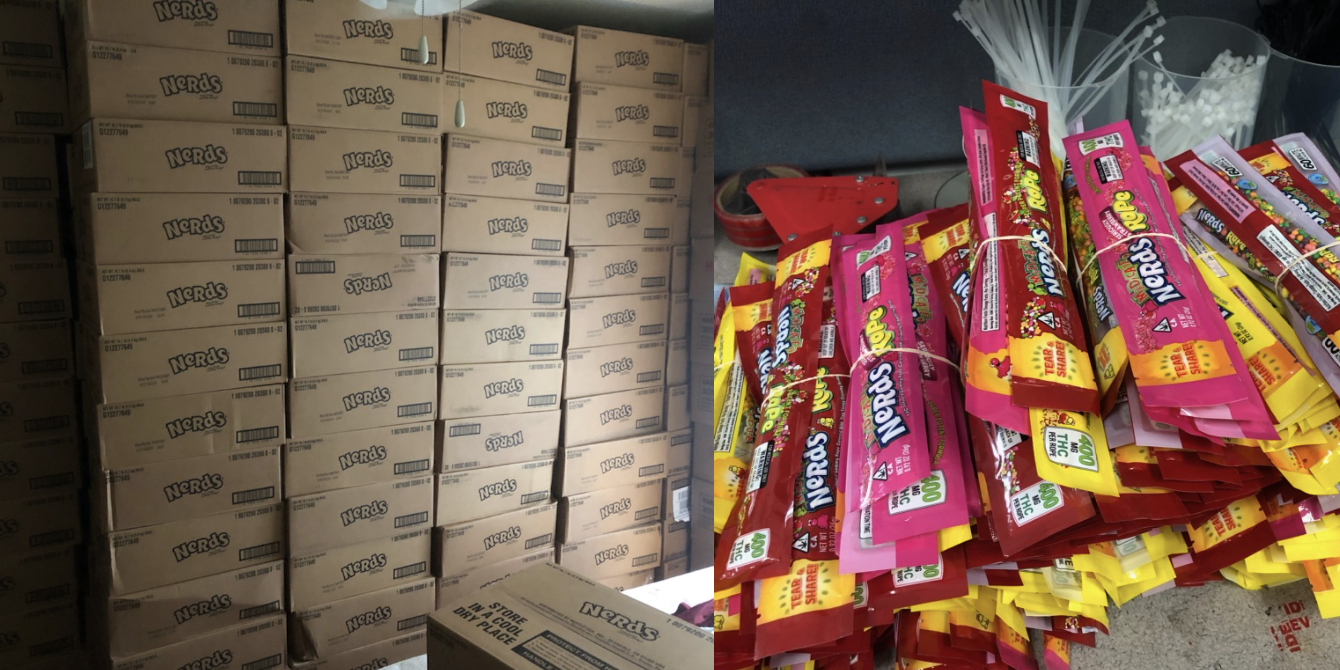 Stephanie Hon, 26, Atiba Moss, 28, Quartain Denorytaquaein, 28, all residents of Victorville were arrested on August 13, 2019, after deputies served a search warrant at their home in the 16000 block of Oak Court.

According to a sheriff’s news release, “inside the residence, deputies located concentrated Cannabis oil, thousands of pounds of gummy bears and Nerds brand candy. Boxes full of THC Medicated Nerds Rope packaging were also found in the residence.”

Officials said the packaging is nearly identical to the Nerds rope candy found in stores.

“Through investigation, it was determined the occupants of the residence were mixing the candy with the cannabis oil to create a THC infused product. It is believed this product was being sold to marijuana dispensaries throughout California and Nevada,” stated the release.

Over 500 packaged and sealed “Medicated Nerds Ropes” were seized from the residence along with a large amount of concentrated cannabis oil and processed marijuana.

Two small children were living inside the residence and had access to the cannabis oil, candy residue, and the THC infused finished product.

Anyone with information about this investigation is asked to contact Deputy D. Fratt or Deputy M. Baltierra at the Victorville Police Department at (760) 241-2911 or Sheriff’s Dispatch at (760) 956-5001.