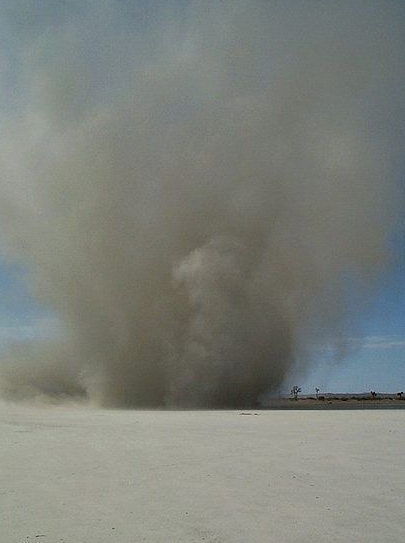 (VVNG.com): On Thursday, November 27, 2014 at 8:25 AM, the California Highway Patrol received a 911 call reporting a two-vehicle off-road collision had occurred near the area of the El Mirage Dry Lake bed.

The collision occurred as two men had been racing when the quad being ridden in a northeast direction by 27-year-old Edgar Gerardo Arriaga-Gomez hit the back of the other four-wheel all terrain vehicle (ATV) being ridden at a lower rate of speed in the same direction. After investigation, it is believed that Arriaga-Gomez had lost sight of the leading ATV due to the large dust cloud that it had left behind. Arriaga-Gomez was ejected from the vehicle and was pronounced dead at the scene by the San Bernardino County Fire Department.

Both ATV operators were wearing helmets. The California Highway Patrol is investigating the incident.