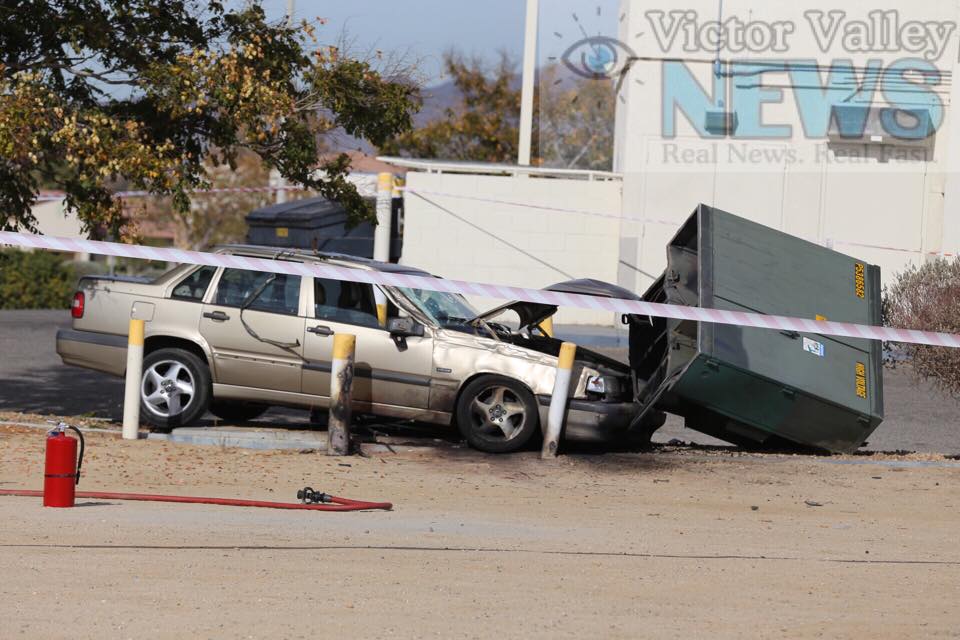 VICTORVILLE -(VVNG.com)- On Thursday, November 27th, just before 12:00 p.m. dispatch received a report of a single vehicle traffic collision in the area of Nisqualli Road and Hesperia Road.

ing the curb and causing it to go out of control. The vehicle continued on to hit a tree and eventually coming to a halt upon colliding with a large electrical box located in the parking lot of an AMPM. The collision caused the vehicle’s airbags to deploy and caused a small fire to spark in the engine.

The vehicle was occupied by a woman and her two children all who made it through the accident shaken up, but free of injuries.

When the vehicle stopped, the woman reached for her daughter, whose car seat was stuck, the woman was able to get her daughter out by tugging her car seat out of the vehicle. According to a witness, the fireman implied that their survival was nothing short of a miracle.

The collision caused a temporary loss of power for approximately 1,044 Southern California Edison customers in the general area. Most impacted residents reported that their power had been fully restored before 1:00 p.m.

There is no further information as to the cause of the accident of this time, information will be updated as it is received.