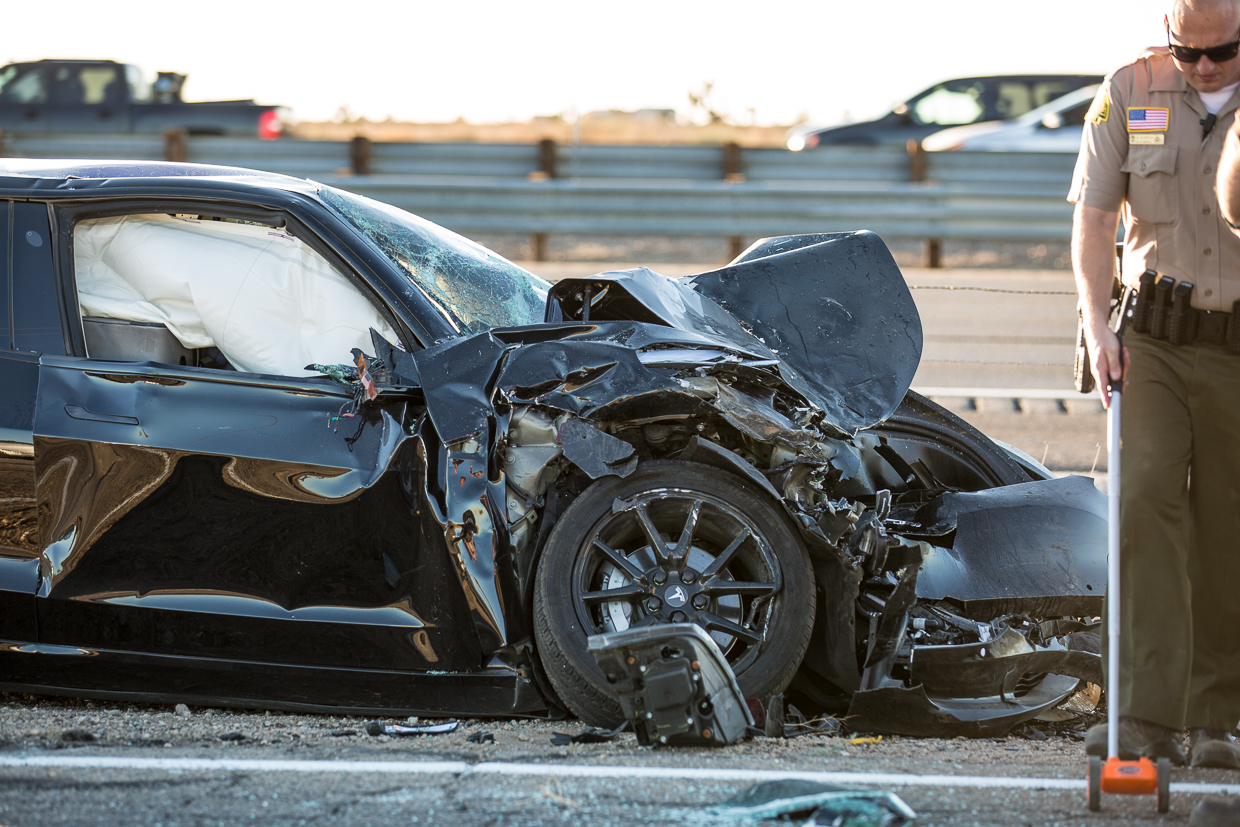 HESPERIA, Calif. (VVNG.com) — A male driver of a Tesla was taken to the hospital in grave condition following a head-on crash in Hesperia.

The crash happened on Mariposa Road and Mojave Street at about 5:37 p.m. Sunday afternoon, and involved a black Tesla and a maroon Dodge Ram pick-up truck.

According to Deputy D. Zane of the Hesperia Sheriff’s Station, the Tesla driver was traveling northbound on Mariposa Road and the pick-up truck was traveling southbound when the crash occurred.

A witness told officials that the driver of Tesla crossed over into southbound lanes while attempting to pass other vehicles, but instead went head-on into the Dodge Ram.

Emergency personnel immediately began advanced life-saving measures on the driver of the Tesla, who sustained critical injuries. He was transported to Desert Valley Hospital and then airlifted to Arrowhead Regional Medical Center.

An adult male from the pickup truck sustained minor injuries and was transported to a local hospital. A female passenger in the truck was uninjured.

A stretch of Mariposa Road was closed while authorities conducted an investigation. Information will be updated as it becomes available.