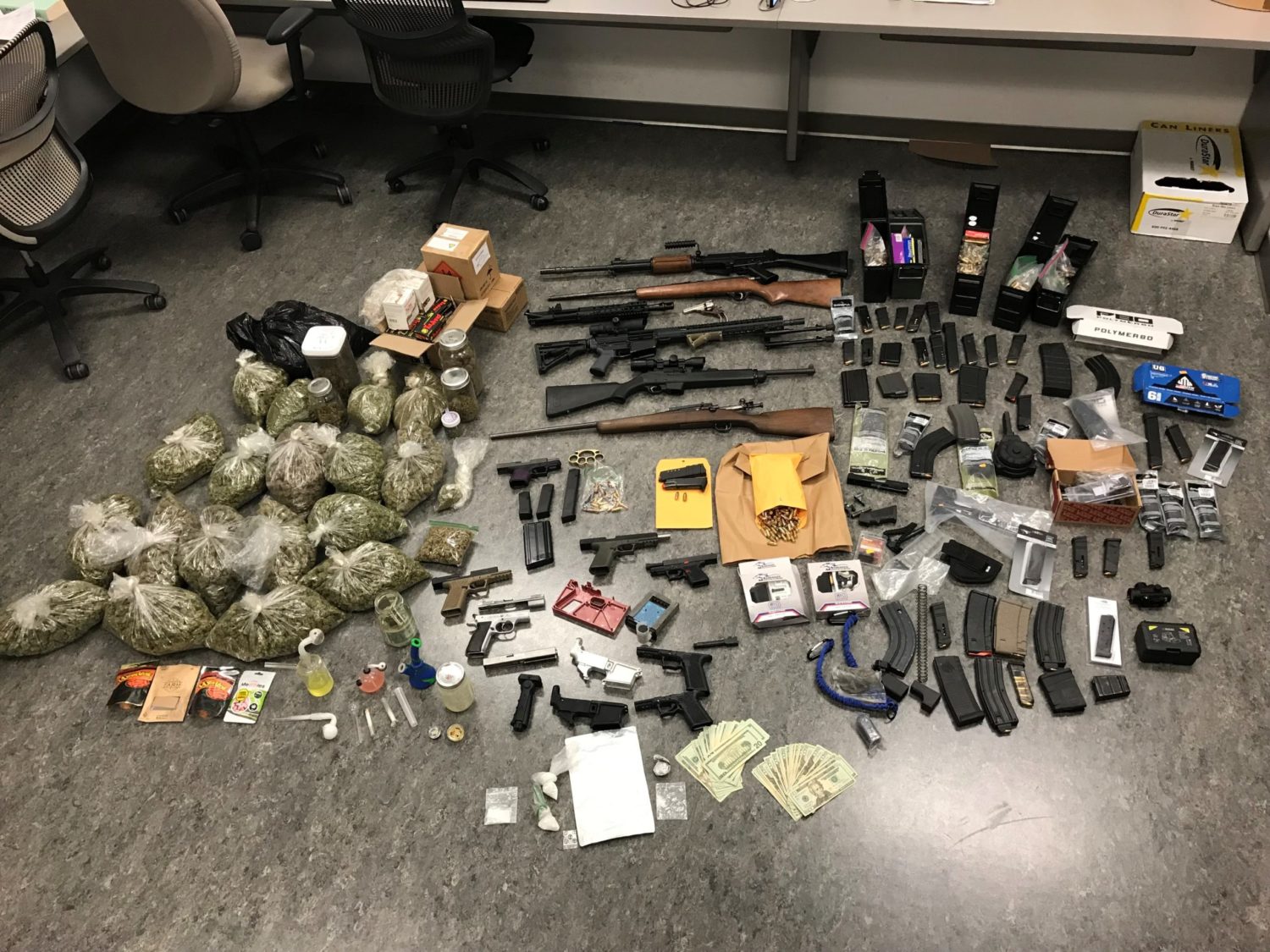 HESPERIA, Calif. (VVNG.com) — Deputies in Hesperia responded to a subject passed out inside a vehicle and ended up finding guns, marijuana, meth, ammunition, and currency.

Deputies arrived on the scene and located a 2004 Chevrolet Suburban matching the description given to Sheriff’s Dispatch near the intersection and made contact with the occupant inside, officials said.

According to a news release, “the male subject, later identified as David Garcia Jr., was found to be sleeping inside the vehicle. While Deputies were speaking with Garcia drug paraphernalia was observed sitting on the center console of the vehicle.”

A search warrant was authored to further search the contents of the vehicle which led to the finding of numerous firearms, processed/packaged marijuana, methamphetamine, ammunition of various calibers, and a large amount of US Currency.

An additional search warrant was authored for a residence in Hesperia where Garcia was staying. During the search of the residence an additional firearm, ammunition, and brass knuckles were collected.

A total of 10 firearms including additional firearm manufacturing equipment, along with approximately 18 pounds of Marijuana, and approximately 5,000 rounds of ammunition.

Garcia was arrested and booked into the High Desert Detention Center for HS 11370.1(a), and HS 11550(e). A report will be submitted to the District Attorney’s office with additional charges.