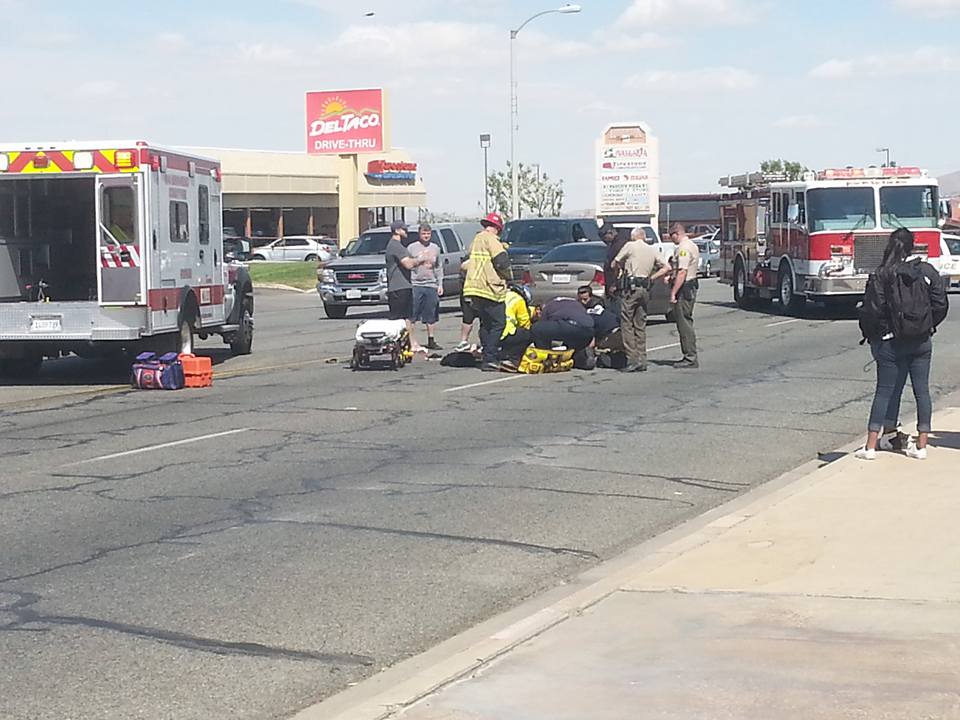 HESPERIA:(VVNG.com)- A teenage girl running across Main Street was struck by a vehicle on Friday afternoon. The vehicle versus pedestrian call was reported at about 3:00 PM, on April 29, 2016, just east of G Avenue in Hesperia.

A 2004 Ford vehicle driven by a Hesperia man was traveling east on Main Street and struck the girl causing her to land on the hood/windshield of the vehicle. The driver immediately stopped after the impact and attempted to render aid until first responders arrived on scene.

A witness told Victor Valley News, the girl was with a group of friends who were attempting to run across the busy roadway. “They weren’t in a crosswalk and everything happened so fast, the driver had no time to stop,” stated the anonymous witness.

The teenage girl who is believed to be a student at Sultana High School sustained major injuries. Due to her injuries, she was airlifted to Arrowhead Regional Medical Center. At this time, the severity of her injuries remains unknown.

Police said the driver was not injured and cooperated with authorities. Speed or alcohol was not a factor in the accident.

Eastbound lanes of Main Street at G Avenue were closed for approximately two hours while authorities investigated the crash.

No Drought of Kindness in Our Desert