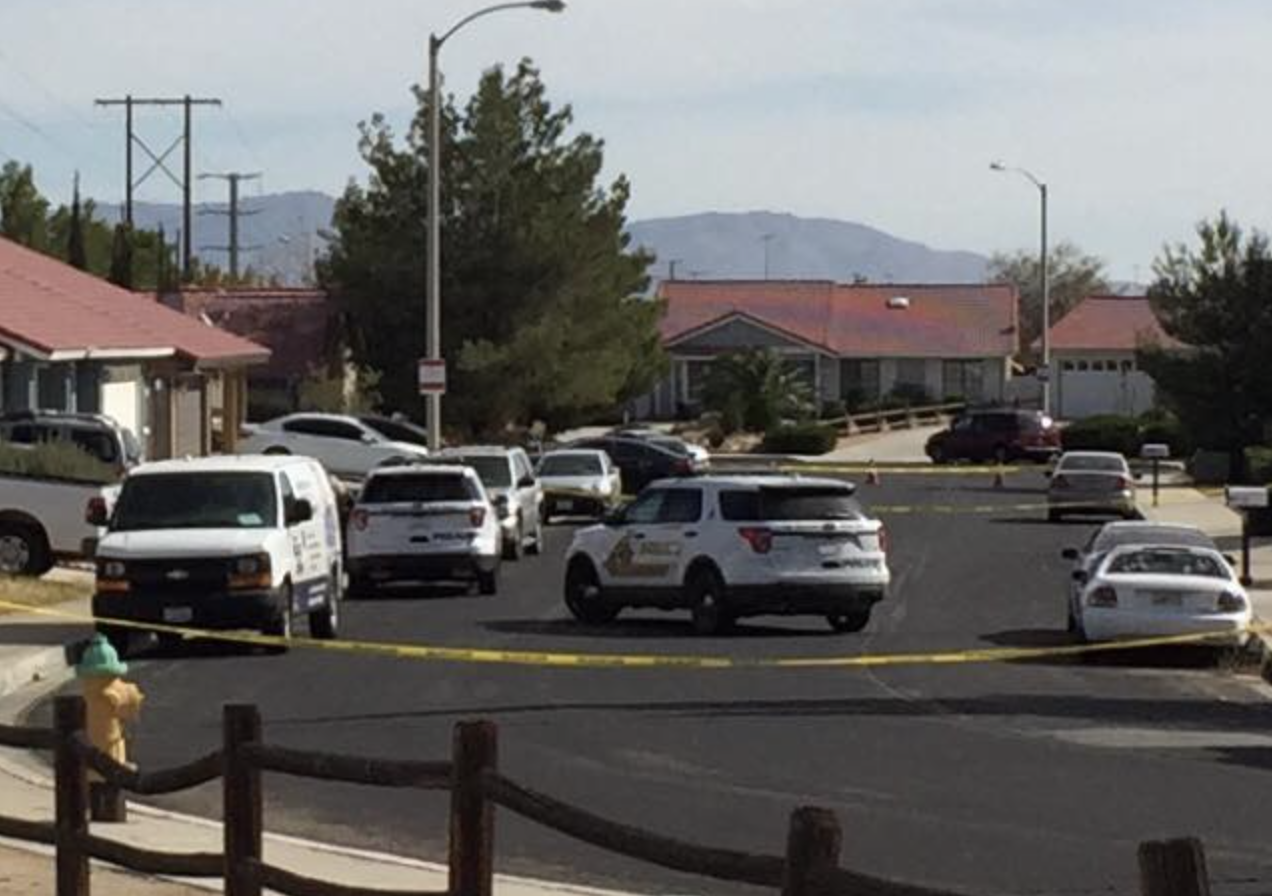 VICTORVILLE, Calif. (VVNG.com) —  A pre-Halloween house party took a turn when two people were stabbed in the early morning hours.

“Deputies responded to the report of a stabbing, once on scene two victims were located suffering from apparent stab wounds,” stated sheriff’s spokeswoman Jodi Miller.

Firefighters with San Bernardino County Fire along with American Medical Transport paramedics responded to the scene. One patient was transported to a local hospital via ambulance and a second patient was airlifted to a trauma center via helicopter H325.

Residents in the area said there was a big house party with many residents wearing costumes and many cars parked in the streets. As the party continued late into the night a fight broke out in the street involving multiple people from the party.

One witness told Victor Vally News she heard people saying they had been stabbed and saw two men with blood covering their stomachs as they were transported away.

According to Miller,  police arrested a male juvenile suspect and booked him into Juvenile Hall.

Miller said no other information was available for release and the incident is under investigation by the Victorville Station.