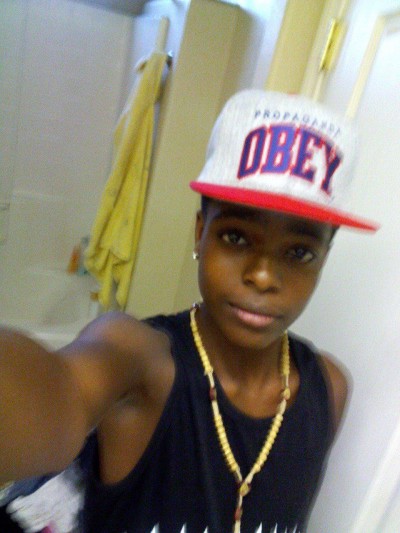 APPLE VALLEY– (VVNG.com): Family and friends are mourning the loss of a 17-year-old teen who was a sophomore at Apple Valley High school. At approximately 5:20 p.m., on Tuesday, November 25th, dispatch received a report of an accident involving a vehicle hitting a pedestrian near the intersection of Mohawk Road and Viento Road.

According to witnesses, the pedestrian, laid still with his skateboard not far from his body, which was laying on the street. Its believed the teenager was heading south in the northbound lanes of Mohawk Road when he was hit by the vehicle heading northbound. The female driver of the white Jeep Cherokee stopped just after impact and cooperated with authorities.

The teen, identified by family as Ivory Mitchell,was a resident of Apple Valley and is described as a highly popular and well-liked young man.

His family at this time is uncertain about the circumstances surrounding the tragic accident, they are not sure if he was on the skateboard at the time of the accident or had went to retrieve it when the accident happened.

Residents who live in the area described the scene as a horrible accident on a dark street with no street lights.

Mitchell was transported with severe head injuries to Desert Valley Hospital where doctors tried to work on him and attempted to stabilize him in order to prepare him to be airlifted. Hours after the accident Mitchell was airlifted to Arrowhead Regional Medical Center where they started surgery, but upon doing so they realized the injuries were too severe to proceed. Sometime just before 2:30 a.m., on Wednesday, November 26th Mitchell was pronounced dead and his family was notified of his death by phone.

“He was a sweetheart, very well-mannered and loved being around his family which consisted of his 7 nieces and nephews,” said family friend Jessica Thompson. Mitchell, who was being cared for by his brother and sister-in-law was only a few streets from his Apple Valley home.

His family is in desperate need of assistance to help with the costs to lay this young man to rest. The family is in need of help from the community and their close family friend has started a memorial fund on their behalf.

Friends of the well liked teen have planned a candle light vigil for today at 5:00 p.m., to be held at the corner of Mohawk Road and Wren Street.

This collision is being investigated by the Apple Valley Police Department’s Major Accident Investigation Team.  Witnesses or anyone with additional information about this collision are encouraged to contact Deputy Greg Teplansky at 760-240-7400.