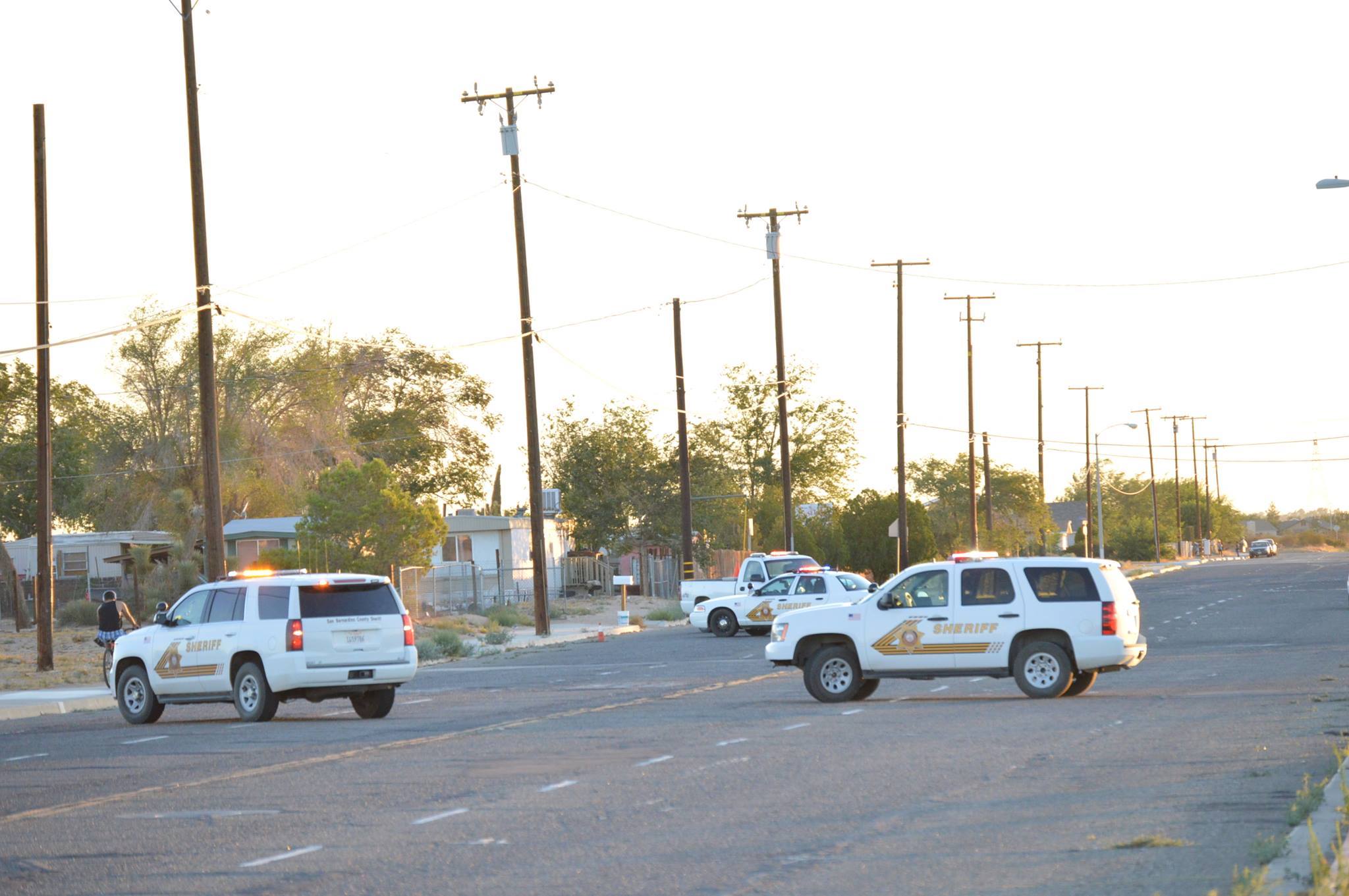 ADELANTO:(VVNG.com)- On Sunday, July 12, 2015 at approximately 7:20 P.M., dispatch received reports of multiple gunshots heard in the area of Bartlett Avenue and Bellflower in Adelanto.

Witnesses allegedly reported seeing a Black Male Adult armed with a handgun running from the location.

Per scanner traffic, a blue van was also seen leaving from the area, a responding deputy noticed the vehicle and performed a traffic stop near Bartlett and Highway 395. It was determined the victim of the family, was attempting to transport the injured male to the hospital.

According to a source, moments before the shooting there was some type of physical altercation. The assailants left the location, came back and opened fire on the teen.

The victim was transported to an out of area trauma hospital with unknown injuries.

Anyone with information is urged to contact the Victor Valley Station at 760-552-6800.